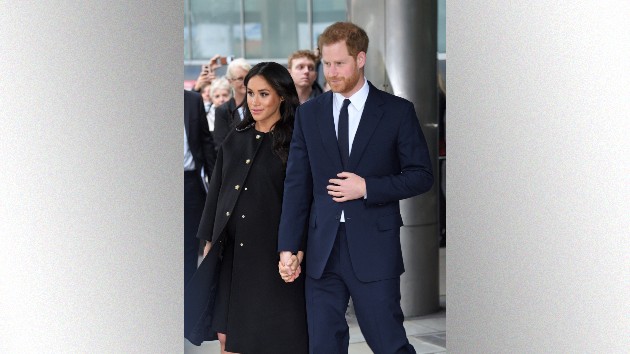 Karwai Tang/WireImage
Posted on May 6, 2019 by ABC News

(LONDON) — After going into the labor early on Monday morning, Meghan, Duchess of Sussex has delivered a baby boy. Her husband Prince Harry was by her side during the birth, and said they were both “absolutely thrilled.”  He also said they were still considering names.

The baby boy is Queen Elizabeth II’s eighth great-grandchild, and seventh in line to the throne, behind Charles, the Prince of Wales; Prince William and his three children, and Prince Harry himself.

According to the BBC, the baby will not be known as “prince” or His Royal Highness unless the Queen names him so, because King George V put a limit on royal titles in 1917.  The baby can use one of his dad’s “lesser” titles, though, and can be known as the Earl of Dumbarton.