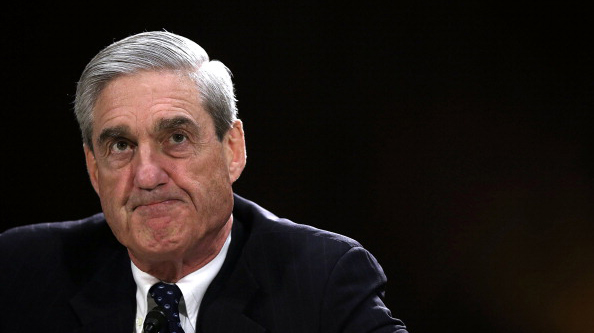 (WASHINGTON) — Hundreds of former federal prosecutors, both Democrats and Republicans, argued in a statement posted online on Monday that President Donald Trump would be charged with obstruction of justice if he was weren’t president.The Justice Department’s Office of Legal Counsel policy concludes that a sitting president cannot be indicted.“Each of us believes that the conduct of President Trump described in Special Counsel Robert Mueller’s report would, in the case of any other person not covered by the Office of Legal Counsel policy against indicting a sitting President, result in multiple felony charges for obstruction of justice,” the statement read, signed by more than 400 former prosecutors and other officials, at least some of them outspoken Democrats and notable Trump critics.The former prosecutors say they “served under both Republican and Democratic administrations at different levels of the federal system: as line attorneys, supervisors, special prosecutors, United States Attorneys, and senior officials at the Department of Justice” but it was not immeidately clear whether any were Republican appointnees as opposed to career officials during a Republican president’s time in office.One of the Republicans who signed on is William Weld, a former top Justice Department official in the Reagan administration, who is running against Trump for the GOP 2020 presidential nomination. Another Republican is Donald Awyer, who was deputy attorney general under President George H.W. Bush, who in 2016 urged people not to vote for Trump.Also among the prosecutors listed are Paul Pelletier ran for Congress as a Democrat in Virginia last year, and Michael Bromwich, the former inspector general who currently represents former Andrew McCabe, the controversial former deputy director of the FBI who launched at least one of the probes targeting Trump that Mueller ultimately took over.In their letter, the former prosecutors offer “several acts” that they say satisfy “elements for an obstruction charge.”The first, they say, is the “President’s efforts to fire Mueller and to falsify evidence about that effort.” They say that firing Mueller would’ve disrupted the investigation and is “obstruction in its most literal sense.””Despite being advised by then-White House Counsel Don McGahn that he could face legal jeopardy for doing so, Trump directed McGahn on multiple occasions to fire Mueller or to gin up false conflicts of interest as a pretext for getting rid of the Special Counsel. When these acts began to come into public view, Trump made “repeated efforts to have McGahn deny the story” — going so far as to tell McGahn to write a letter “for our files” falsely denying that Trump had directed Mueller’s termination,” the statement reads.The former prosecutors also cite what they call Trump’s attempts to limit the investigation.”All of this conduct — trying to control and impede the investigation against the President by leveraging his authority over others — is similar to conduct we have seen charged against other public officials and people in powerful positions,” they argue.Finally, they argue that President Trump engaged in “witness tampering and intimidation” by trying to influence his former personal attorney and longtime fixer Michael Cohen and former campaign chairman Paul Manafort “with regard to cooperating with investigators.” They say this included the “dangling of pardons” in “plain sight,” referring to Trump tweets and public statements.The special counsel did not make a decision about whether President Trump obstructed justice and, following that, Attorney General William Barr concluded there was insufficient evidence to support obstruction charges.Barr was also critical of Mueller not making a prosecutorial decision on obstruction.“I really could not recapitulate his analysis,” Barr said at a Senate Judiciary Committee hearing last week. “I think that if he felt that he shouldn’t go down the path of making a traditional prosecutive decision, then he shouldn’t have investigated,” Barr said. “That was the time to pull up.”The White House and Justice Department have not returned ABC News’ requests for comment.