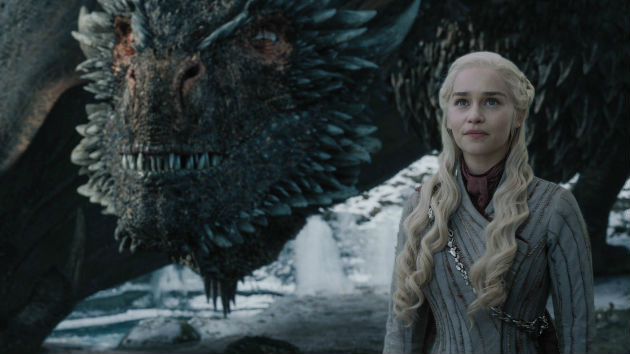 (LOS ANGELES) — Attention Game of Thrones fans who are still chuckling over the inclusion of a Starbucks-like coffee cup in last night’s episode: HBO thinks its funny, too.

The company tweeted on Monday, “The latte that appeared in the episode was a mistake. Daenerys had ordered an herbal tea.”

As previously reported, around the 17:40 minute mark in Sunday’s episode, Daenerys Targaryen was sitting behind a table at Winterfell, and for two seconds you could see a to-go coffee cup on the table. Twitter lost its mind, and the hashtag #Starkbucks started tending after the episode.

Game of Thrones art director Hauke Richter told Variety that it’s not unusual for things that are brought onto sets of TV and movies to be accidentally left behind.

“Things can get forgotten on set,” he wrote to Variety in an email. “[The coffee cup error has been] so blown out of proportion [because] it has not happened with Thrones so far.”

Richter also told TMZ that the coffee cup in question was not Starbucks; it came from a local coffee shop in Banbridge, Northern Ireland, near where the episode was filmed.