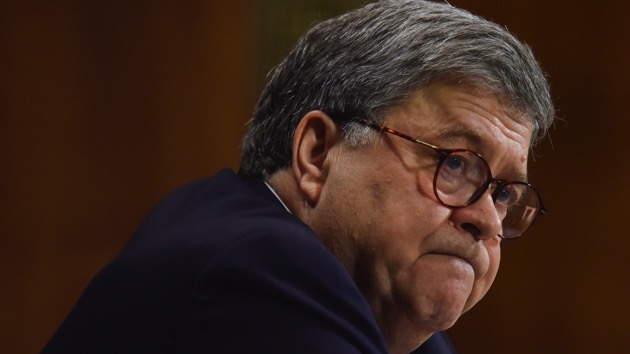 Jahi Chikwendiu/The Washington Post via Getty Images
Posted on May 6, 2019 by ABC News

(WASHINGTON) — A power struggle between top Democrats and Attorney General William Barr came to a head Monday morning as the deadline approaches for Barr to hand over the full, unredacted report produced by special counsel Robert Mueller, along with all of the underlying evidence.House Judiciary Chairman Jerry Nadler, a New York Democrat, set 9 a.m. Monday as the deadline for Barr to produce the report and underlying documents and warned in a letter on Friday that if Barr does not hand over the unredacted report and underlying evidence, he plans to move forward with holding Barr in contempt of Congress.“The committee is prepared to make every realistic effort to reach an accommodation with the department,” Nadler wrote in the letter to Barr. “But if the department persists in its baseless refusal to comply with a validly issued subpoena, the committee will move to contempt proceedings and seek further legal recourse.”The contempt citation, if issued, could lead to a battle in the courts and possible fines or imprisonment.The battle for members of Congress to gain full access to the unredacted Mueller report has been ongoing since Barr released the redacted report to the public on April 18. The next day, Nadler subpoenaed the unredacted document along with underlying grand jury evidence and testimony and requested the subpoena be met by May 1.The Department of Justice has said a version of the Mueller report that has fewer redactions than the publicly available document is currently available for viewing by members in congressional leadership, including Nadler. Democrats have rejected this, saying they believe every member of Congress should have access to the report and underlying material.Tensions escalated further Thursday, when Barr refused to testify before the House Judiciary Committee, which Nadler chairs, because of a disagreement over the style of questioning. Democrats responded by threatening to hold Barr in contempt of Congress and pushed for Mueller to testify himself, which Barr has said he has no problem with but which President Donald Trump said over the weekend shouldn’t be allowed. Copyright © 2019, ABC Radio. All rights reserved.