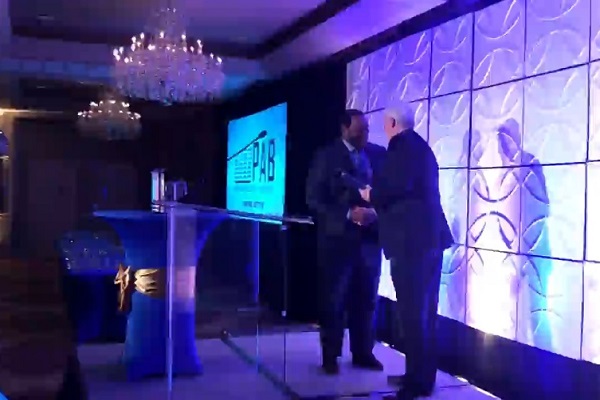 Philadelphia, PA – A legendary comedian and a Steelers running back both received some of the highest honors from the Pennsylvania Association of Broadcasters last night.

Stand-up comedian, actor, director, and television host Bob Saget was given the Gold Medal Award from the PAB. To get the Gold Medal, the recipient must be born and raised in Pennsylvania and is recognized through accomplishments in the arts, communication, education, entertainment, business, public service, science, sports or philanthropy.

Click Here to learn more about the Gold Medal.

The PAB also inducted the new members to their Hall of Fame, Steve Scully, senior political editor and primary host of C-SPAN, and George Beasley, founder of the Beasley Media Group.

Today, they’ll give out outstanding achievement awards to broadcasters across the Commonwealth, and they’ll honor two PA broadcast legends as Broadcasters of the Year, Vernon Odom and Harvey Holiday.

Listen to the funny comments from Bob Saget and Jerome Bettis.