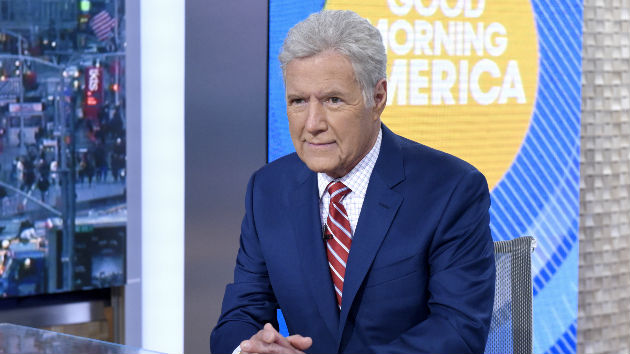 Walt Disney Television/Paula Lobo
Posted on May 6, 2019 by ABC News

Trebek’s win came in the wake of his announcement in March that he has stage four pancreatic cancer. Accepting the award, Trebek, who’ss hosted the syndicated show for more than 30 years, admitted worrying about how the sympathy vote would impact his win.

“I’m not a big fan of sympathy votes. We should be judged on the merits of our work,” he explained. “However, last year, I had just had major surgery to remove two life-threatening blood clots. You think that would elicit a certain amount of sympathy. But I didn’t win, so maybe I’ve been worrying about the wrong thing.”

“So I’ll do what Sally Field did [at the Oscars],” he continued. “You guys like me, and you value my work. I tell you if that’s the case, I can live with that.”

Trebek, 78, has suffered a number of health issues during his Jeopardy! tenure. He suffered a mild heart attack in 2012 and underwent knee surgery in 2015.

Outstanding Lead Actress in a Drama SeriesJacqueline MacInnes Wood, as Steffy Forrester — The Bold and the Beautiful, CBS

Outstanding Writing Team for a Drama SeriesThe Young and the Restless, CBS

Outstanding Directing Team for a Drama SeriesThe Young and the Restless, CBS

Outstanding Younger Actor in a Drama SeriesKyler Pettis, as Theo Carver — Days of Our Lives, NBC