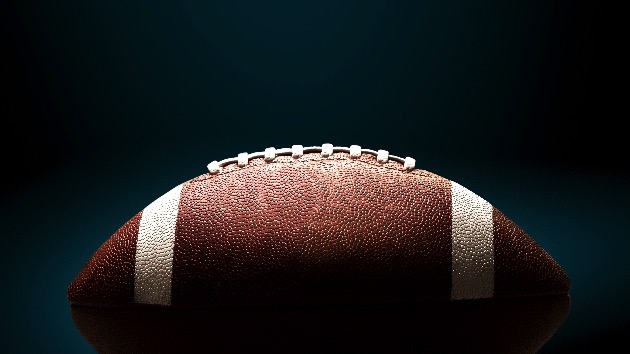 artisteer/iStock
Posted on May 6, 2019 by ABC News

(VENICE, Ill.) — Jaylon McKenzie, an eighth grade football phenom who was already fielding offers from colleges, was shot to death outside of a party over the weekend, police said.The 14-year-old rising star was attending a party near his hometown in southern Illinois on Saturday when he was struck by stray gunfire, authorities said Sunday.Police said they received calls about a disturbance and shots fired at a “large party” in Venice, Illinois, near the Missouri border, around 11:40 p.m., according to the Illinois State Police.Officers arrived to the scene to find that Jaylon and another teen, a 15-year-old female, had sustained gunshot wounds, police said.They were both transported to a local hospital, where Jaylon died a short time later. The other victim was in critical condition as of Sunday afternoon.Witnesses said the teens were trying to escape the chaos inside when the shots rang out. The tragic news came on the heels of Jaylon’s big moment in Sports Illustrated, which recently featured him as one of six young athletes who would rule the future of sports.Officials with Jaylon’s school district confirmed some of their students had been shot at a house party in Venice late Saturday.”Few details are clear at this point. We do know that our youth, families and school staff have dealt with a number of tragedies and incidents of violence this year,” East St. Louis School District 189 said in a statement Sunday. “We request space and time for them to appropriately grieve and come to terms with this latest impact of violence.”The district said it would have crisis teams on site in the coming days to help students cope with the tragic news.”We send our prayers to the families impacted by this violence and hope for healing for the victims,” the statement said.No arrests had been made as of late Sunday. Anyone who witnessed the shooting was asked to call Illinois State Police Investigations Case Agent Scott Wobbe at 618-381-1467.Jaylon and his mom, Sukeena Gunner, recently announced via social media that the young athlete had received college offers from the University of Missouri and the University of Illinois earlier this year. He said his dream was to “make the NFL” and play for the Los Angeles Rams or Chargers.

“An eighth-grader at Central Junior High, Jaylon—who plays running back, receiver and defensive back—drew national attention when he caught five passes for 161 yards and two touchdowns to help the East team to a victory at the NFL’s 8th Grade All-American Game in Canton, Ohio, in August,” Sports Illustrated wrote in its “Six Teens Who Will Rule the Future in Sports” article in November. “Last year, Jaylon rushed for 1,546 yards and 21 TDs for his youth football team, the East St. Louis Jr. Flyers.””He hopes to follow in the footsteps of Titans cornerback Adoree’ Jackson, a star at USC, who is also from the St. Louis suburb of Belleville and also played both ways,” the article continued.The NFL star reacted to the news on Twitter.

Lawmakers and school officials in the region also expressed condolences.

17 people shot in St. Louis yesterday. Including the devastating loss of one of our brightest young future starts in this city. This city has no value for life. This city eats their young. R.I.P. Young Bull pic.twitter.com/9UjU8A0Men

The senseless killings in our inner-cities across the U.S. has to STOP 🛑 🙏🏽 I’ve known @jaymckenzie06 since he was toddler😭I’m heartbroken 💔SIP son. I love you kids @Football_Flyers #pray4ourkids #pray4estlouis #risingstar⭐️

RIP @jaylon we love you and we gone miss you pic.twitter.com/XY3WYptM12