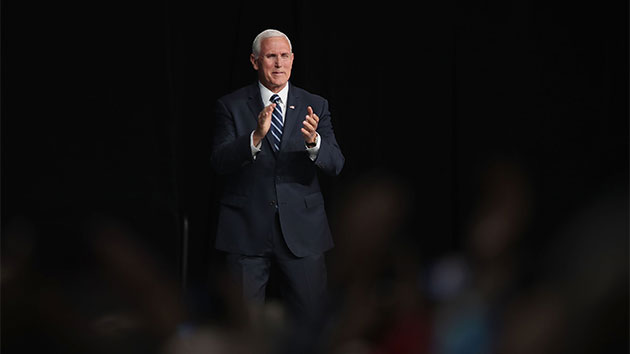 Scott Olson/Getty Images
Posted on May 5, 2019 by ABC News

(WASHINGTON) — There’s a national push for voters to elect the U.S. vice president separately from the president.

Vice.run, is a campaign that seeks to create a separate and independent ballot line for the vice president in 2020. The group is trying to collect — from all 50 states — voter signatures and pledges in support of the separate vice president election.

The founder of Vice.run David Blake announced on Twitter earlier this month that Utah became the first state to reach the signature pledges goal since launching their website in March.

You did it, Utah! Thanks to your efforts, we now have our first state with enough pledges to get ballot access for an independently elected Vice President. #electthevp pic.twitter.com/L5RNed6ncQ

According to a poll conducted by Vice.run, 53% of registered voters prefer a more democratic approach to the election of the vice president than the current process. Voters can pledge their support online for the state where they are registered to vote.