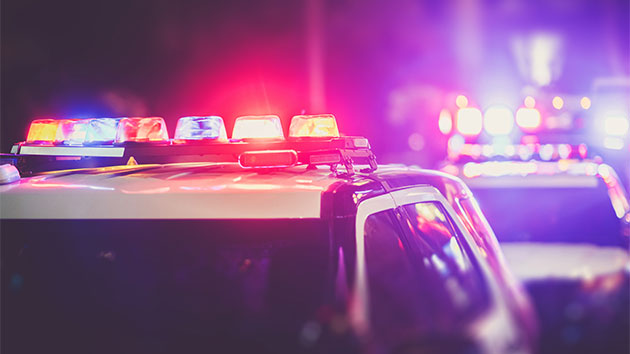 (OKLAHOMA CITY, Okla.) — A credit card belonging to an American tourist killed six months ago while on vacation in Mexico was recently used in Oklahoma City, police said.

Taylor Meyer, a 27-year-old from California, was found dead last November in Playa del Carmen, near where he was staying with several friends to celebrate one of their 30th birthdays.

On Friday, the Oklahoma City Police Department posted images of the man who used the card to its Facebook page, and requested the public’s help in identifying him “to hopefully help investigators get one step closer to solving this tragic crime.”

“Through the course of the investigation detectives working the case found out the victim’s credit card was used here in [Oklahoma City],” police wrote in a Facebook post.

The man seen in the photos was driving a silver SUV and he was accompanied by a woman at the time, Oklahoma City police said. They are urging anyone who knows the identity of the man to contact Crime Stoppers at 405-235-7300 or submit a tip online (case #19-0028862).

In an interview with ABC Los Angeles Station KABC following his death, Meyer’s parents said they were told that his body was found in a park not far from the bar where he had been with friends, and that his wallet, watch, shoes and iPhone had been taken.

San Francisco passes CAREN Act to criminalize phony 911 calls based on race
At least 2 killed in school bus crash in Tennessee
NXIVM founder Keith Raniere sentenced to 120 years in prison
‘Colin in Black & White’: Jaden Michael to star as Colin Kaepernick in Netflix series
George Clooney ventures into the unknown in ‘The Midnight Sky’ trailer
The CW unveils photos of Javicia Leslie in costume as the new Batwoman