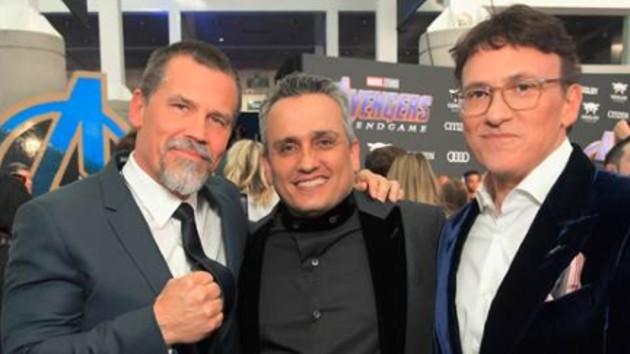 (LOS ANGELES) — It appears Star-Lord is every bit the outlaw he claims to be, according to Avengers: Endgame directors Joe and Anthony Russo.

Millions have respectfully followed the Russos’ hashtag warnings to not spoil the Marvel blockbuster, but ever the renegade, Guardians of the Galaxy star Chris Pratt defied the brothers. This week, he dropped a sneakily-shot video from the Endgame set that showed virtually every star rehearsing a critical final battle. Pratt’s Instagram post alone attracted 20 million views and counting.

The Russos say on May 6, their spoiler ban is over, which is why an exasperated Joe Russo laughed to ABC Radio,  “If we had our druthers, Pratt would’ve held onto that video until this Monday.”

The lifting of the ban comes as a relief to the pair, though.

“It literally is like working for the CIA for a year,” Joe says. “You really have to train your mind not to give anything away in casual conversation with people.”

Anthony chimed in, “We’re the type of people that enjoy the dialogue about movies almost as much as we enjoy movies,  so…yeah, to be able to finally get to…where we can all freely discuss it is exciting for us!”

While moviegoers haven’t actually filmed the movie, they’ve been recording and posting their audible reactions to the film — and The Russos have been watching.

“That was something we really discovered on Infinity War,” Anthony says of Endgame’s predecessor. “[J]ust to see the audience reaction…just to watch people explode! It’s thrilling…! You don’t see that in a movie theater very often.”

Twitter just announced that a record 50 million Endgame-related tweets have been sent.

Pelosi ‘ready’ to send Trump impeachment article but needs answers about Senate trial
Tom Holland admits he broke his laptop when he found out he was the new Spider-Man
Biden’s first 100 days live updates: Day two at the White House
This 81-year-old TikTok influencer is all the fitness inspiration we need
Key moments from the inauguration of Joe Biden as 46th US president
Sarah Michelle Gellar wishes her ‘Buffy the Vampire Slayer’ character a happy 40th