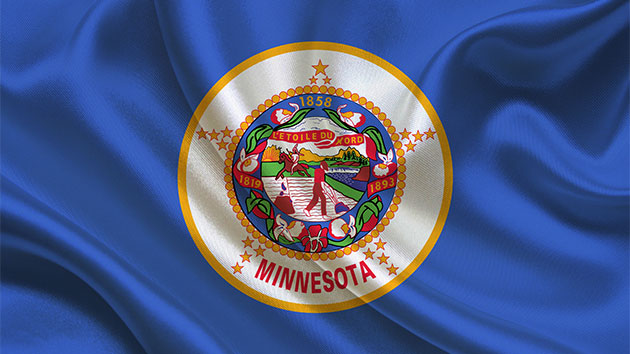 (MINNEAPOLIS) —  The governor of Minnesota closed a legal loophole this week in the state’s marital rape law — just one of what advocates describe as scores of legal loopholes still permeating state criminal justice laws from coast to coast.

Marital rape laws have been in place in all 50 states for more than a quarter century, but a number of those states — like Minnesota — have had exemptions in place which specified certain circumstances in which what would typically be considered rape if it happened between strangers, is not considered a crime between a married or existing couple.

The change in Minnesota law was spearheaded by Jenny Teeson, who discovered video that showed that her now-ex-husband drugged and sexually assaulted her while they were married. During the case against her husband, she learned that Minnesota’s marital rape law has an exemption that applied in their case.

The Minnesota penal code previously contained a statute that allowed people who were accused of sexual assault to justify the act if they had an existing relationship with the victim. That was used in Teeson’s ex-husband’s case, but will no longer be available to offenders in Minnesota.

“This exception should never have been part of our criminal statutes,” Minnesota Gov. Tim Walz said after signing the bill repealing the pre-existing relationship defense on Thursday.

“It is reprehensible. And because of Jenny and other survivors, it is now repealed,” Walz said, according to a statement from his office.

Aequitas, a national non-profit that focuses on achieving justice in cases of violence against women, accumulated data before the Minnesota law change that indicates there are exemptions in 41 of the 57 jurisdictions that they examined, which includes all 50 states, American territories, and the military.

Aequitas’s data reports that a number of states have multiple forms of exemptions, but they describe the exemptions as generally falling into one of three categories. The first – and most common, occurring in 41 jurisdictions – is based on the age of the victim and the offender. The specific exceptions vary by state but tend to relate to the victim being under a certain age or the perpetrator being a certain number of years older than the victim.

Because of this exemption, actions that would generally be considered statutory rape if it occurred between strangers, may not deemed a crime if the individuals are married or have a pre-existing relationship.

The second type of exemption relates to the capacity of the victim to consent, either due to their mental impairment, physical or cognitive disabilities, or intoxication. In the context of this exemption, a sexual assault that may normally be criminalized as rape because the victim could not consent due to intoxication, for example, may not be considered a crime in states like Alabama, Alaska, Connecticut or Idaho, which are four of the 20 jurisdictions that have that exemption, according to Aequitas.

The third exemption relates to whether one spouse has legal authority over another, including instances in which one spouse is granted custodial or guardianship power over the other.

“The exemptions themselves are very complicated,” Fuhrman noted to ABC News.

Beyond the legal loopholes, Fuhrman said that a number of other aspects of the relationship between the couple could prevent the victim from seeking legal justice.

She said that marital rape “often happens in the context of a broader domestic violence relationship where there are dynamics of power and control at play.”