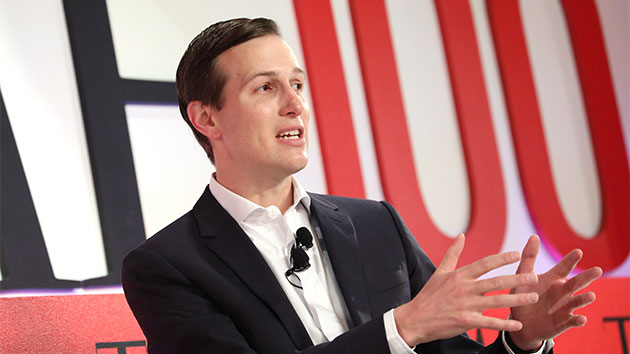 Brian Ach/Getty Images for TIME
Posted on May 3, 2019 by ABC News

(SEATTLE) — The FBI in Seattle has arrested an alleged Nazi sympathizer who authorities say stockpiled rounds of ammunition and threatened to “personally execute” President Donald Trump’s son-in-law. Jared Kushner, according to charging documents.

In social media posts over the past few months, Chase Bliss Colasurado of Kent, Washington, also threatened to kill one of the president’s sons, Donald Trump Jr., and to “start bombing synagogues,” court documents alleged.

Colasurado has been charged with two counts of making interstate threats.

The FBI said it began its investigation in mid-March based on a tip from what authorities describe as a “concerned citizen.”

The very next day he posted on his publicly accessible Instagram account a photo of himself holding what appeared to be a gun aimed at a picture of Kushner, charging documents allege.

“This sneaky mossad agent has never been so serious about something as he is about putting a bullet in [Kushner’s] brain. It must be done,” charging documents said the suspect stated, referring to Mossad, the Israely intelligence agency.

Later that day, court documents said, he posted another photo of himself and a handgun bragging about making death threats against Kushner and not getting arrested.

In March, according to court documents, during his FBI interviewm Colasurado made “numerous anti-Semitic comments expressing hostility against Jews.”

Court documents also allege that Colasurado attempted to purchase a firearm in April and was denied due to an alert entered about him by the Secret Service.

After executing a search warrant, authorities found that he had among other items, firearm holsters, 345 rounds of ammunition a Nazi flag with a swastika and a framed portrait of Adlof Hitler along with some of his writings.

The government says that Colasurado has a history of mental illness and two arrests for assault.

He is due in court on May 6 for a detention hearing.