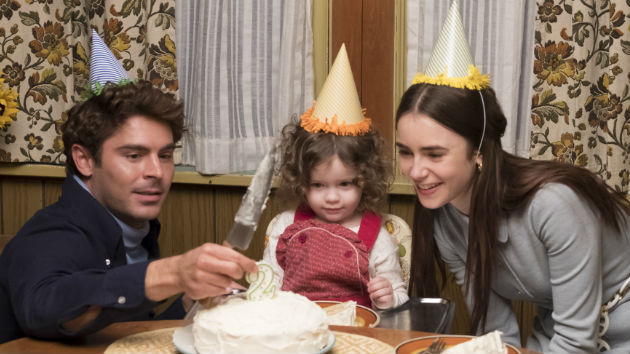 Zac Efron plays Bundy, while Lily Collins plays Liz, his longtime girlfriend, who had no idea he was committing horrific crimes against women the whole time they were together.

At the film’s Tribeca Film Festival premiere Thursday night, Collins said the biggest challenge of playing the role was trying to forget everything she knew about Bundy.

“[Liz] believed him to be innocent and so I wanted to make sure that — going into this as actor knowing that he wasn’t innocent — I was able to suspend disbelief while filming it,” she says.

The film doesn’t delve into the murders, but it does show how Bundy manipulated the public and those closest to him.

“The Ted Bundy court case was the first televised court case in history which had a huge effect on true crime and people’s fascination with it,” Collins says. “And I think we’re always fascinated by people that turn out to be different than what we expect…it can be quite surprising and shocking and this is the first case that really did that.”

The film also stars Haley Joel Osment as Liz’s coworker-turned-boyfriend and Angela Sarafyan as her voice-of-reason best friend. It was directed by Joe Berlinger, the filmmaker behind the Netflix docu-series Conversations with a Killer: The Ted Bundy Tapes.

“I was just trying to keep warm!” Bernie Sanders laughs on ‘Late Night’ about his meme-ready picture
‘Game of Thrones’ prequel, ‘Tales of Dunk and Egg’, in the works at HBO
For GOP firebrand Rep. Lauren Boebert, anger and suspicion linger after Capitol riot
COVID-19 delays strike again: ‘No Time to Die’, ‘Morbius’, and ‘Ghostbusters: Afterlife’ all bumped again
Jane Krakowski loves ‘Dickinson”s spin on the poet
How working from home due to COVID could be a double tax hit for some