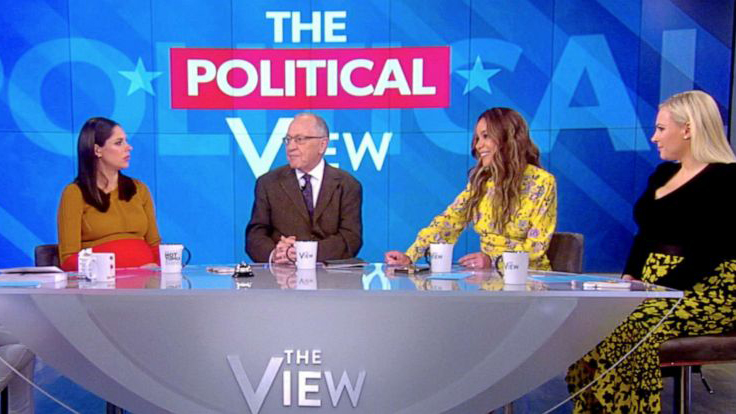 (NEW YORK) — Harvard Law School professor Alan Dershowitz said on ABC’s “The View” on Thursday that Attorney General William Barr’s decision not to testify about before the House Judiciary Committee was a “mistake.”The Justice Department had said Barr would not testify about special counsel Robert Mueller’s report before the panel because Barr disagreed with the format mandated by House Democrats in which committee staff lawyers would be able to ask him questions uniterrupted for 30 minutes.The attorney general maintained he would answer questions only from committee members because he was constitutionally accountable only to Congress and not staffers. Barr answered questions only from senators in his appearance on Wednesday before the Senate Judiciary Committee.“It’s easy to resist questions from elected members because they generally tend to try to get re-elected and they politicize everything,” Dershowitz told “The View” hosts. “But when professional lawyers ask you questions, there’s no hiding.”On the other hand, Dershowitz, who has often sided with President Donald Trump in cricitizing Mueller, said he thinks Barr was right to determine that there was insufficient evidence that the president obstructed justice, but said Barr’s explanation to senators about how he made that determination was inadequate.“He was right on the merits when he said that the president couldn’t obstruct justice simply by firing [former FBI Director James] Comey, but I don’t think he did a particularly credible job on the rest of the issue,” Dershowitz said.At issue, Dershowitz said, are the dueling views over whether a president can obstruct justice while engaging in “constitutionally protected conduct.” Barr believes a president cannot, while Mueller believes a president can, according to Dershowitz.Despite agreeing with Barr on that point, Dershowitz said the attorney general didn’t give Americans enough “confidence” that he had thoroughly examined the report’s underlying evidence and the legal issues at hand.“That was the right conclusion, but he went about it in a very inept way,” he said.

Report: Dominic West in talks to play Prince Charles on final seasons of ‘The Crown’
Melissa Benoist is absolutely in love with being a mom
Election 2020 live updates: Trump slams debate changes
“It was a disaster”: Emma Roberts on her mom accidentally revealing her pregnancy
Courteney Cox says she and fiancé Johnny McDaid haven’t seen each other March
Trump’s ballot fraud allegations embellished and not widespread: Experts