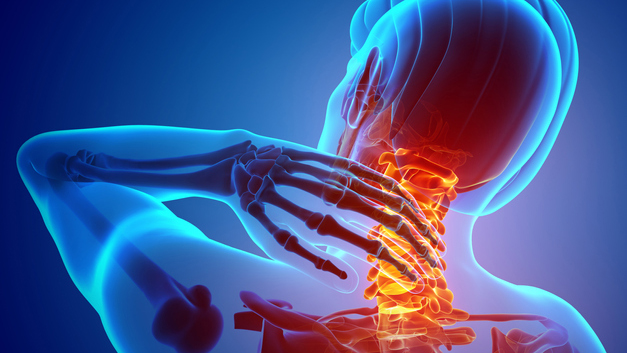 sankalpmaya/iStock
Posted on May 2, 2019 by ABC News

(OKLAHOMA CITY) — A 28-year-old man cracked his neck and nearly lost his life after he suffered a major stroke.Josh Hader ended up at Mercy Hospital in Oklahoma City after tearing his vertebral artery, which leads to the brain, ABC affiliate KOAT-TV reported.”His wife had been telling him, ‘Don’t pop your neck. You’re going to cause a stroke,"” Dr. Vance McCollom of Mercy Hospital told KOAT-TV.And that’s exactly what happened.Cracking your neck — or having it “manipulated” — can carry a risk of stroke, according to Dr. Nura Orra, a family medicine physician and member of the ABC News Medical Unit.It “places the vertebral artery in a precarious position prone for injury,” Orra said. “Studies have shown a correlation between increased risk of stroke and people who get their necks manipulated.”Hader was on the younger side to experience a stroke, Orra said. But cracking his neck likely led to one because “a tear in the lining of the artery caused an obstruction of blood flow to the brain.”Hader has been recovering from the stroke, which left him wearing an eye patch because of an injured nerve, according to KOAT-TV, and using a walker for several days. He also had hiccups for a week and a half, the station reported.As a father, Hader has been unable to care for his two young children very much because of the stroke.”I can’t pick him up out of the crib, give him milk in the middle of the night,” he told KOAT-TV. “I can’t do any of that.”Still, Hader is lucky — he could have ended up with locked-in syndrome or dead, McCollom said.This is why Orra recommends remembering “the keyword for stroke symptoms,” F.A.S.T. — standing for facial droop, arm weakness, slurred speech and “time to call 911.””The moment I heard the pop, everything on my left side started to go numb,” Hader said. “I got up and tried to get an ice pack from the fridge, and I remember I couldn’t walk straight.”As his symptoms developed, Hader’s father-in-law ultimately brought him to the emergency room, where he was treated.While the risk for getting a stroke from cracking your neck “may be small overall,” Orra said, “the biggest risk factors for stroke are hypertension, heart disease and smoking.”