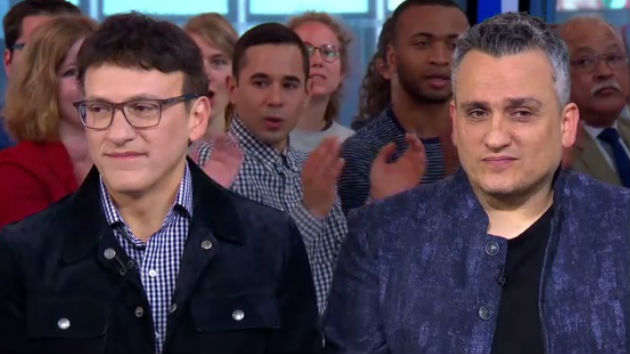 (NEW YORK) — It’s the biggest movie in the world, and it’s on track to become the highest-grossing movie in history, but as anyone who’s seen it can tell you, the superhero team-up Avengers: Endgame is also a tearjerker.

On a short list of cinematic efforts, including perhaps The Shawshank Redemption and Field of Dreams — the latter depending on one’s relationship with one’s dad — the 22nd film in the Marvel Cinematic Universe has even tough guys tearing up.

Joe and Anthony Russo, who directed Endgame, its hit predecessor Avengers: Infinity War, and the blockbuster Captain America movies Civil War and The Winter Soldier — are going with the flow…of tears.

Joe told ABC Radio, “[W]e snuck into a theater on Thursday night when it opened and you know, I got a little worried about a few people because…they were hyperventilating they were crying so hard,” he laughs. “But…that’s what we’re hoping as filmmakers to give you, is a very complete emotional experience.”

He hints at Endgame’s tragic moments: “These are beloved characters — and there’s some hard choices made.”

Anthony Russo agrees, noting, “I think that’s one of the reasons that we go to the cinema is that, you know, movies allow us to work through emotions that like maybe we wouldn’t sort of allow ourselves to access in our real lives because it’s a safer zone. When you’re in a movie, you’re in a fantasy land. And I think that emotional catharsis that we can experience in the movie theater is a really important part of life.”

The pair have been literally spanning the world on a promotional tour for the film, which is just now coming to an end. We asked if, like Thanos did, they’ll finally rest, once their plan for global dominance successfully ends.

Referencing a scene in the opening of Endgame, Anthony joked, “…like Thanos, I find cooking very relaxing.”

Joe doesn’t need an entire planet to chill on by himself, like Mad Titan did, however. “I’m just looking for a nearby couch so I can take a nap somewhere.”