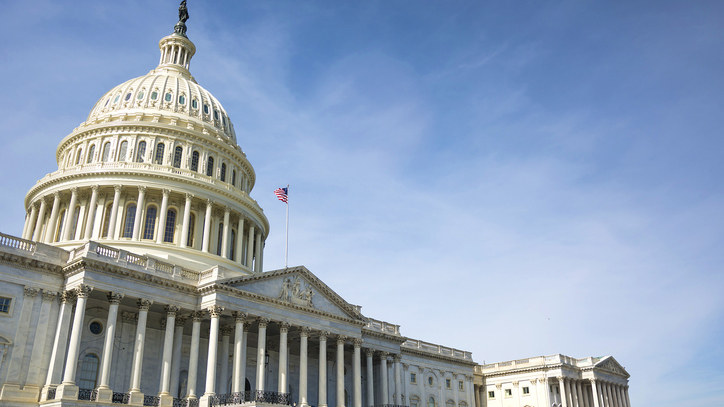 rarrarorro/iStock
Posted on May 2, 2019 by ABC News

(WASHINGTON) — Attorney General William Barr was a no-show as the House Judiciary Committee met Thursday morning after the Justice Department said he would decline to testify before the panel amid disagreements over the hearing’s format.After gaveling in the hearing, the committee’s Democratic chairman, Rep. Jerry Nadler, said, given Barr’s “lack of candor” at a Senate Judiciary Committee hearing on Wednesday, Democrats were right to insist on the extended questioning to which Barr had objected.Nadler issued a sweeping condemnation of Barr and the administration’s posture toward congressional oversight, slamming Barr’s decision to skip the hearing and the Justice Department’s decision to ignore the committee’s subpoena for the full Mueller report.Democrats, he said, would continue to negotiate for more access to the full Mueller report over the next few days, but would have “no choice” but to hold Barr in contempt of Congress if the Justice Department fails to negotiate in “good faith.””If left unchecked, this act of obstruction will make it that much harder for us to hold the executive branch accountable for waste, fraud and abuse, or to enact legislation to curb that kind of misconduct — no matter which party holds this chamber or the White House at a given moment,” Nadler said.“In the days since the Department of Justice released a redacted version of the report, President Trump has told Congress that he plans to fight all of our subpoenas. The average person is not free to ignore a congressional subpoena — and neither is the president,” Nadler said, referencing administration efforts to block other committees’ inquiries.One committee Democrat, Rep. Steve Cohen, D-Tenn., brought a bucket of KFC chicken and a ceramic chicken to the hearing. The bucket was later placed on the witness table next to the empty chair from which Barr would have testified.Some members munched on the fried chicken before the hearing began.Rep. Doug Collins, R-Ga., the top Republican on the panel, criticized Democrats for attempting to have committee lawyers question the attorney general.”The reason Bill Barr is not here today is because Democrats didn’t want him here,” he said.”You can disagree with the attorney general all you want, but yesterday he sat for six hours of questions,” he said. “We’re not getting that opportunity today because the stunt and circus continues over here.”Nadler then gaveled out the hearing quickly as Rep. Matt Gaetz, R-Fla., tried to interject and request time to speak.”When push comes to shove, the administration cannot dictate the terms of our hearing and our hearing room,” Nadler told reporters Wednesday.Nadler depicted Barr’s move as “simply part of the administration’s complete stonewalling of Congress.” He added that he felt Barr is “terrified” of having to face questions from members.The Justice Department has objected to the format of questioning by committee lawyers, a position the agency reiterated after Barr’s marathon testimony before the Senate Judiciary Committee.”Chairman Nadler placed conditions on the House Judiciary Committee hearing that are unprecedented and unnecessary,” DOJ spokeswoman Kerri Kupec said in a statement.The acrimony over Barr’s appearance between Republicans and Democrats was on display in the committee’s Wednesday meeting to approve the adjusted format for the hearing.Lawmakers bickered over the format, even as Barr testified before the Senate.Democrats said Wednesday that the newly released letter special counsel Robert Mueller sent Barr in March calling for the release of his own investigative summaries highlighted the importance of allowing committee lawyers to question Barr more extensively.Democrats argued they had ample precedent to allow committee lawyers to question Barr, a Cabinet official, beyond impeachment hearings, citing the Iran-Contra hearings, among others.“This committee should not hamstring its ability to question the attorney general in the most thorough way possible,” Nadler said.Republicans said they believed there was no precedent for the House panel to make such an adjustment for an open hearing outside impeachment.“The problem is, they can’t bring themselves to impeachment,” Collins said.The markup turned into a shouting match between Republicans and Nadler over the nature of the proposal, as Rep. Matt Gaetz, R-Fla., tried to offer an amendment to Democrats’ motion.“Kangaroo court!” Rep. Louie Gohmert, R-Texas, shouted.