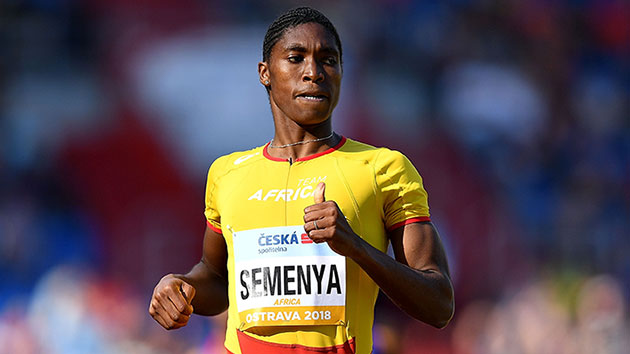 Lukas Schulze/Getty Images for IAAF
Posted on May 1, 2019 by ABC News

(STOCKHOLM) — Female track star Caster Semenya has lost her appeal in court against a gender ruling that restricts the amount of testosterone female athletes can have in their bodies in order to compete.The South African Semenya, 28, an Olympic gold medalist, was seeking to overturn the “discriminatory” new Eligibility Regulations for Female Classification, introduced in April 2018 by the International Association of Athletics Federations (IAAF).The Court of Arbitration for Sport ruled that although the regulations are “discriminatory,” a majority of the panel also found “such discrimination is a necessary, reasonable and proportionate means of achieving the IAAF’s aim of preserving the integrity of female athletics.”The court also expressed “serious concerns as to the future practical application” of the regulations, despite the ruling.The new regulations mean that athletes of a “difference in sexual development,” or “DSD,” with a high amount of testosterone in their systems will not be able to compete in female races.The term DSD refers to a group of conditions where reproductive organs develop in such a way that they have a combination of male and female characteristics.Controversy surrounding Semenya’s gender status has followed her since she burst onto the athletics scene in 2009 by winning the 800-meter gold at the World Championships at the age of 18. The IAAF investigated Semenya with gender verification tests after her win in September of that year. Though the results were never published, Semenya returned to the sport 11 months later, and has enjoyed considerable success.This will have a significant personal impact on Semenya’s ability to compete. The number of races the IAAF’s ruling applies to ranges from 400 meters to 1 mile — most of which Semenya competes in as a middle-distance runner.The ruling is likely to have significant implications for the ability of DSD athletes to compete at the highest levels. A further appeal could be lodged in Switzerland’s Supreme Court, though judges only tend to intervene when the legal process has been abused, according to official reports.Copyright © 2019, ABC Radio. All rights reserved.

Princeton agrees to backpay nearly $1M to female professors after gender discrimination allegations
Gathering limits back in place, unclear how football crowds will be handled tonight
California passes landmark law to study proposals for reparations
McConnell pushes back at Trump’s refusal to commit to peaceful transfer of power if he loses
Judge denies Wolf’s request to keep gathering limits in effect
Jelly Belly creator starts ‘gold ticket’ treasure hunt to give away a candy factory