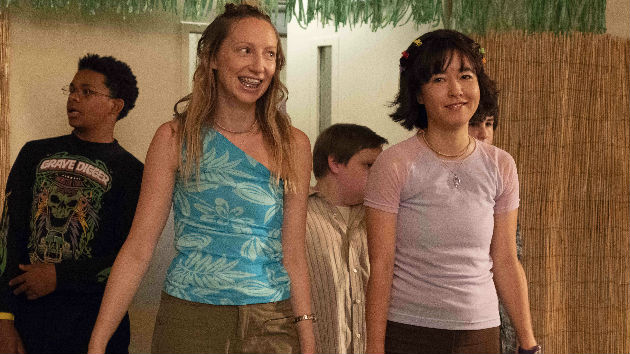 The show, created by and starring Maya Erksine and Anna Konkle, has officially been picked up for season two. Erksine and Konkle play 13-year-old versions of themselves as they navigate middle school in the year 2000.

Erskine tells ABC Radio she’s been surprised at how much fans have been relating to the characters’ journeys, no matter how painfully awkward they might be.

“The response to the show has been — honestly it’s been a surprise,” she says. “It’s been overwhelming and we’re so grateful and it’s honestly the thing you hope the most for.”

She says the show taps into those formidable years that shape you way into adulthood.

“I think we’re just better at hiding some of those insecurities now, but they still rear their ugly heads,” she says. “And when I’m around my parents I revert right back to when I was 13, no question. Maybe around my friends too.”

Season one of PEN15 is streaming on Hulu now.

Among other Hulu announcements: The series Ramy was renewed for season two, The Handmaid’s Tale will return June 5 for its third season, and the first trailer for the new Veronica Mars revival was released.