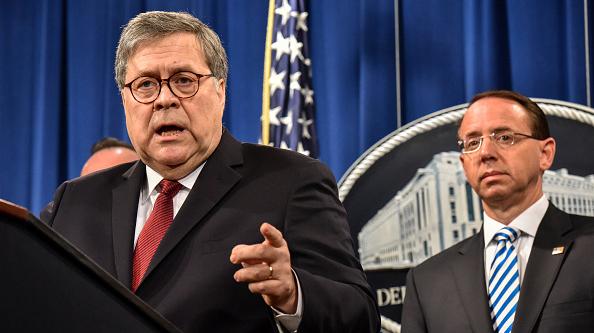 Bill O'Leary/The Washington Post via Getty Images
Posted on May 1, 2019 by ABC News

(WASHINGTON) — Lawmakers will have the chance on Wednesday to question Attorney General William Barr on his controversial handling of special counsel Robert Mueller’s report when the nation’s top law enforcement officer returns to Capitol Hill for the first time since releasing the probe’s highly anticipated findings earlier this month.Anticipation for Barr’s testimony reached new heights late Tuesday when several news outlets, including ABC News, reported that Mueller expressed frustration to the attorney general over the public’s interpretation of his investigation when Barr issued a four-page letter describing the report’s “principal conclusions” within 48 hours of receiving the special counsel’s findings.In a letter dated March 27, Mueller complained that Barr’s interpretation “did not fully capture the context, nature, and substance of this office’s work and conclusions.” A Justice Department spokeswoman said in a follow-up phone call, Mueller “emphasized that nothing in the Attorney General’s March 24 letter was inaccurate or misleading.”The revelation of Mueller’s sentiment toward the Justice Department’s rollout of his report has further stoked Democrats’ concerns about the attorney general’s impartiality. In the weeks since Barr made a redacted version of Mueller’s 448-page report available to the public, congressional Democrats have criticized what House Speaker Nancy Pelosi and Senate Minority Leader Chuck Schumer called his “regrettably partisan handling of the Mueller report.”Democrats have accused Barr of “[shaping] the public’s perception of the report,” according to Rep. Adam Schiff, D-Calif., the chairman of the House Oversight Committee, by issuing his short letter, then conducting a press conference framing the report’s findings hours prior to its release.At his press conference, Barr repeatedly claimed the special counsel found “no collusion,” but Mueller states clearly in his report that “collusion is not a specific offense or theory of liability found in the U.S. Code.”Barr’s initial communique conveyed that Mueller’s team found no evidence to suggest members of the Trump campaign “conspired or coordinated” with Russians to influence the election and reached no conclusion on the matter of possible obstruction of justice by President Donald Trump.But Barr’s letter omitted several key details — many of which painted the president in an unflattering light — which were ultimately revealed three weeks later when the redacted report came to light, including eleven instances of possible obstruction investigated by Mueller and scores of contacts between members of the Trump campaign and Russians.Furthermore, the special counsel wrote that it “faced practical limits on its ability to access relevant evidence” as some individuals interviewed “sometimes provided information that was false or incomplete.”Wednesday’s hearing before the Senate Judiciary Committee will preview a potential showdown in the Democrat-controlled House Judiciary Committee scheduled to take place the following day. The Justice Department has objected to the House panel’s proposed format for the hearing and suggested that Barr may not show up, prompting Democrats to threaten a subpoena for his testimony.