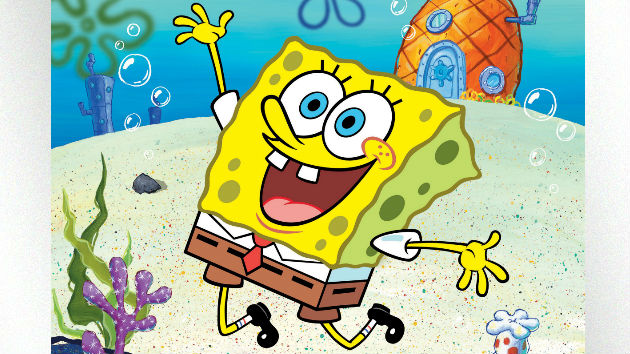 (LOS ANGELES) — Though he doesn’t look a day over — well, he has no specific age — SpongeBob Squarepants, the show, turns 20 today.

The late Stephen Hillenburg created the animated series, inspired by his early days as a marine biology teacher.  The Oklahoma native developed ocean-dwelling comic characters in 1984, including “Bob the Sponge,” to help teach his students as an instructor at California’s Orange County Marina Institute.

Hillenburg soon returned to college to study animation, and first joined Nickelodeon in the mid-1990s to work on the animated show Rocko’s Modern Life.  While there, he further developed the ocean-dwelling comic characters he created while teaching.  And the rest, as they say, is history.

SpongeBob SquarePants — featuring the title character, his irascible neighbor Squidward Tentacles the octopus, SpongeBob’s dopey but lovably pal Patrick Star the starfish, his stingy boss Mr. Krabs, and many others — debuted on Nickelodeon on May 1, 1999 and has aired continually since, even after Hillenburg ultimately left the show as executive producer.

Hillenburg, who also co-wrote and directed the 2004 hit theatrical release The SpongeBob SquarePants movie and co-wrote its 2014 sequel, The SpongeBob Movie: Sponge Out of Water, saw his creation become an industry unto itself, with merchandising, music releases, video games, comics, theme park rides and even a Tony-winning Broadway musical.

Sadly, Hillenburg revealed in 2017 that he’d been diagnosed with amyotrophic lateral sclerosis, or ALS. He died at age 57 in November, 2018.