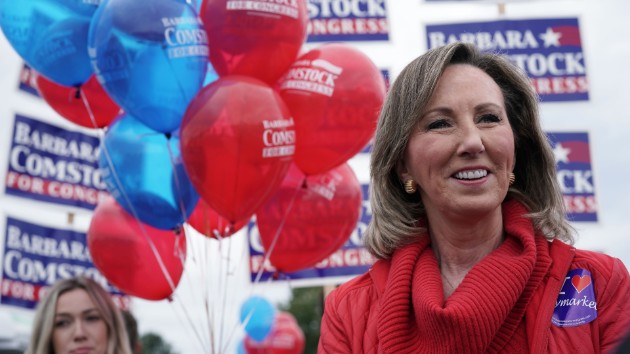 (WASHINGTON) — Barbara Comstock made a name for herself during the Clinton administration as one of Washington’s most dogged investigators scrutinizing the White House, but the former Republican representative said congressional Democrats examining President Donald Trump are crossing lines she never considered. “We never went after tax returns because that was Nixonian. When you heard tax returns, all the red flags went up,” Comstock told ABC News’ podcast “The Investigation” about her time combing through the Clintons’ financial records as chief investigative counsel and senior counsel on the House Committee on Oversight and Reform.”We had one prosecutor who briefly worked on the committee who mentioned tax returns, and it was a blow-up in the press,” Comstock continued. “We said we are not touching that.”

[ READ THE FULL TRANSCRIPT OF COMSTOCK’S INTERVIEW ON “THE INVESTIGATION” ]

Trump broke with tradition as a presidential candidate in 2016 when he refused to release his tax returns, and he’s continued to refuse while in office. While not legally required, most presidents since Richard Nixon have voluntarily released their returns.Democrats on the current House Ways and Means Committee think differently, requesting six years of Trump’s tax returns from the Internal Revenue Service earlier this month. Republicans have accused Democrats of weaponizing the tax code, and Trump attorney Jay Sekulow previously told ABC News Democrats have yet to establish a “legitimate legislative purpose” for their request.While Comstock may not agree with the move politically, she argued that Congress did have the authority to request the documents.”It is set up constitutionally,” she said. “You can go pretty far, but then the Justice Department and the executive branch, they can also push back.”The fight to access the president’s tax returns is expected to wind up in court. In the wake of the release of the redacted Mueller report, Comstock said Democrats must plan their next moves carefully to avoid needlessly rehashing the special counsel’s investigation.”A lot of what was in the report was what a lot of the things people kind of knew or had heard about sort of off the record before,” Comstock said. “These are things that people not only already knew about the president, but they knew about before he was elected president.”Comstock said that while Democrats should pursue other avenues of investigation, “I think what they really want to do is just have public theater.””If the House, which is the only side that really can move forward, were to sit down and talk with their Senate Democrat counterparts, I would think they would tell them there’s not a whole lot more here to go with. So if you want to impeach you have the votes, if you decide that’s what you want to do politically,” she said.But Comstock said launching impeachment proceedings would likely be a misstep.”We proved it in the ’90s with Clinton,” she said. “They can impeach him in the House — they have the votes if they decided to engage on this — but there will not be a conviction in the Senate. So then what would be the point?”A more pressing matter for many Democrats in Congress may be reelection.”If you’re in a hard blue district, that’s probably all they want you to do,” Comstock said, referring to investigating Trump. “But if you’re in a swingier district and this is not your priority, and you’ve seen some Democrats already saying, ‘Well, hey I had a town hall and nobody came in and talked about this."”But Comstock said the Democratic senators and representatives with their eye on the party’s nomination for president in 2020 don’t have the option to divert their focus away from the investigations surrounding the president.”Leading up to 2000, George W. Bush was not part of this at all. Remember, he was coming from Texas as a governor and he wanted to turn the page,” Comstock said. “And it’s different now because all of these candidates who are running are senators and House members–or the most viable ones — and they are involved in it. So I think it is going to impact them more.”Copyright © 2019, ABC Radio. All rights reserved.