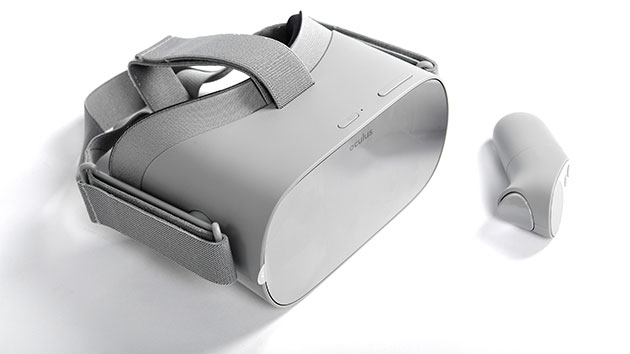 (NEW YORK) — Facebook’s next-generation virtual reality (VR) gear is on its way. Almost. Oculus, the VR company bought by the social media giant in 2014, opened up pre-orders of its new hardware on Tuesday, including a portable all-inclusive VR gaming system and an updated version of its original headset. Devices will ship on May 21 from Amazon, Best Buy, Walmart and GameStop, both online and in stores.The company is betting on Oculus Quest — the company’s first portable all-in-one gaming system — to recruit new users to try VR without the need for a PC and wires. It comes with a headset and two controllers and is priced at $399 for 64GB and $499 for 128GB.Analysts see a potential market for VR — that isn’t mainstream yet — both for fun and business.”It opens up more opportunities (to all the users wary of the cumbersome wires) for the market as a whole,” Tuong Nguyen, an analyst at research firm Gartner, told ABC News. “For example, think of an organization that wants to use VR with its customers, but needs a much better and immersive experience than mobile VR (on a phone) can offer, but realizes the challenges (and potential hazards) of using a tethered headset.”The new Rift S headset is also available for pre-order from Tuesday, and will also ship on May 21. It’s also priced at $399. Experience-wise, it’s a completely different and more sophisticated one compared to the Quest, which seems more geared toward social “beat games” like guided saber fights and dance moves.Thousands of existing games are accessible, in addition to new titles like Asgard’s Wrath, Defector, and Stormland.”It has a bunch of upgrades from the Oculus Rift,” Oculus co-founder Nate Mitchell told ABC News when the products were announced at the Game Developers Conference (GDC) in March. The headset is now “more comfortable and makes it easier to take on and off, especially for folks with varied hairstyles.”The sensors that were previously on the computer are now on the headset, so “the headset is able to track your movement in 3D space, as well as track the controller,” Mitchell said.Gartner’s Nguyen said the headset may appeal to VR enthusiasts “looking for the improved experience to get the latest in hardware. Especially since there are no external sensors to mount — this makes it slightly more convenient and less cumbersome to use. That’s probably the most compelling feature in terms of upgrading.”The new headset also creates more of a bubble for users, or a “guardian boundary.””The system will make sure you sure you stay within your boundaries and not step on your dog,” Mitchell said. Copyright © 2019, ABC Radio. All rights reserved.