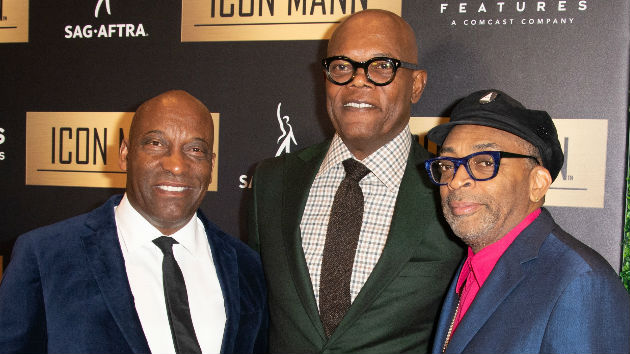 (LOS ANGELES) — After news broke on Monday of critically acclaimed director John Singleton’s death at the age of 51 from complications following a stroke, tributes poured in from celebrities all over the entertainment industry.

The Boyz n the Hood filmmaker, who had been in a coma since last Wednesday, died after his family removed him from life support.

Here are some of the many messages of tribute to Singleton:

Samuel L. Jackson — “Mourning the loss of a collaborator & True Friend John Singleton. He blazed the trail for many young film makers, always remaining true to who he was & where he came from!!! RIP Brother. Gone Way Too Soon!”

Spike Lee — “I Will Forever Miss My Brother John Singleton. We Met While He Was A Film Student At USC. Over Many Years People Have Told Me ‘I’m Going To Be A Filmmaker’, When John Said That To Me The 1st Time We Met, I Believed Him Right Away. It Was No Surprise. With His Passion, His Heart, The Way He Talked About His Love For Cinema And Black Folks I Could See John Would Make It Happen, And He Did. From Day One, We Have Remained Close Over The Decades, Cheering Each Other On In This Industry That Is Not Set Up For Us To Win. John Singleton’s Films Will Live On Forever. Blessings And Prayers For His Family. May John Rest In Power. Amen.”

Ava DuVernay — “There aren’t many of us out here doing this. It’s a small tribe in the grand scheme of things. He was a giant among us. Kind. Committed. And immensely talented. His films broke ground. His films mattered. He will be missed. And long remembered. Thank you, John. #RunIntoHisArms.”

Viola Davis — “The best life is when we leave a trail. We leave something on this earth bigger than us. John Singleton….you inspired a generation of Artists. We will shoulder on….’May flights of angels sing thee to thy rest”. RIP.”

Ice Cube — “I was discovered by a master filmmaker by the name of John Singleton. He not only made me a movie star but made me a filmmaker. There are no words to express how sad I am to lose my brother, friend & mentor. He loved bring the black experience to the world. ..Us at Cannes ‘90.”

Kevin Smith — “Farewell my filmmaking friend! Your Boyz story and your laser disc commentary inspired me back before I shot my first film. You made me believe I might be able to be like you: heard. Thank you for leading, John. Wish we had one last chance to talk comics again… #JohnSingleton.”

Tyrese Gibson — “Laying in bed, I’m confused my soul feels drained.. For the last 2 days I was in the presence of my HERO a man who literally changed my life and my families life forever…it’s arrogant to think or believe that next seconds of life or next week is promised. I can’t believe I’m write these words….. Rest in Love, Rest in Power Rest in Gods glory… Your Baby Boy aka Baby Brother aka Jody for life!!”

Tyler Perry — “I cannot believe this man is gone at such a young age. He was always encouraging, supportive, and gracious to me. I will be calling his and his family’s name in my prayers tonight. Heartbroken and shocked. May God add peace and rest to your ascending soul Mr. John Singleton.”

Janet Jackson — “You gave me my first movie role [Poetic Justice], my first Oscar nomination and so much more. Thank you for all you have given to the world through your work and all you have done for Black culture, women and young filmmakers. I will miss you John. Keeping your family in my prayers.”

Boyz n the Hood star Laurence Fishburne said in a statement Monday, “First I’d like to express my condolences to John’s family. His was a unique voice in the cinema. The cinema was more than just Movies to John. It was his language, his expression, his art. His passion for cinema was as boundless as his imagination. His talent as a writer and director was extremely rare. I loved him like a brother… I am heartbroken…”

It was also announced Monday that filming on season three of the FX drama Snowfall, one of Singleton’s last projects, will continue despite the news of his death. Singleton co-created, directed and executive produced the series about the 1980s crack epidemic in Los Angeles.

Snowfall executive producer Trevor Engelson tells Deadline, “Everybody is sad but everybody also is moving forward because that’s what John would’ve wanted.”