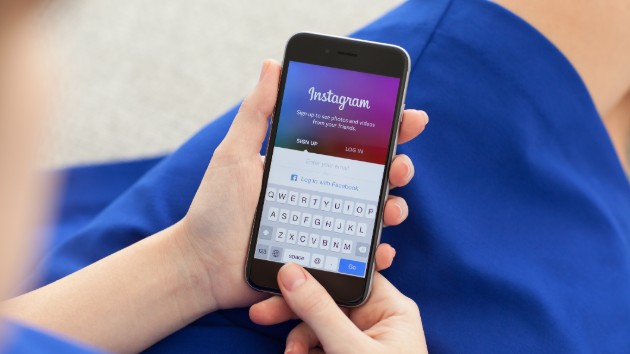 (NEW YORK) — By the time Lauren Mendoza, 30, was diagnosed with unexplained infertility, she said she felt incredibly alone.Mendoza and her husband, Luis, 31, have been on an emotional journey in their two-year quest to get pregnant. In July 2017, Mendoza discovered she has polycystic ovarian syndrome (PCOS), defined by irregular ovulation. The first step in her fertility treatment was a medicated cycle of an ovulation drug called Femara to try to stimulate her ovaries to ovulate.The couple went through seven Femara cycles at a cost of approximately $10,000, Mendoza said. All seven failed.“We are going through this struggle. You can try to talk about it with your family and friends, but they don’t really get it,” said Mendoza, who is a director of provider recruitment at MeMD in Houston. “You’re met with, ‘Just relax,’ and ‘Don’t think about it and it’ll happen,’ or ‘It took so and so four years.’ Information like that … kind of works in the opposite effect and made me feel like an outsider.”But she was far from alone. Nearly one out of every eight couples in the U.S. is affected by infertility.Infertility is defined as the inability to become pregnant after one year of having regular sexual intercourse without the use of birth control, according to the American College of Obstetricians and Gynecologists. Nearly 12 percent of women in the U.S. — more than seven million women — have used infertility services in their lifetime, according to the Centers for Disease Control and Prevention (CDC), yet many women say the topic is still “hush hush” today.”There’s just so much shame and embarrassment surrounding infertility,” Mendoza said. “It’s considered taboo to talk about it.”ABC News’ Good Morning America spoke to women at different points in their fertility journeys for National Infertility Awareness Week.”Infertility affects you financially, physically, emotionally, relationally, spiritually. It hits you on every level,” Andrea Syrtash, who underwent numerous courses of treatment for infertility over eight years, told ABC News.

After spending $100,000 on failed fertility treatments and IVF, and experiencing setback after setback, Syrtash said she and her husband often asked themselves: “Maybe we’re not meant to be parents?"” Many women shared that they were embarrassed or ashamed and that they hit multiple breaking points. They said that finding a support system is incredibly necessary.Enter Instagram. Starting by just searching hashtags, Mendoza said she found a community of supportive women who were also going through their own unique fertility journeys.”This isn’t Insta-perfect. This is about empowering others to share information and be supportive,” she said. “These women get it like no one else can. It’s a sisterhood.”#ttccommunityMore than 50,000 fertility-related hashtags have been used on Instagram over the past two months, according to the platform. Some of the most popular fertility-related hashtags used on Instagram include “infertility,” “ivf,” “ttc,” “infertilitysucks,” “infertilityawareness,” “ttccommunity,” and “pcos,” among others.Mendoza created an Instagram account in September 2018 called “ivfgotthis_baby,” dedicated to documenting her fertility journey because she didn’t yet feel comfortable sharing the personal details on her personal social media account. However she said she does share photos of herself, in the hope of destigmatizing the process.“There are a lot of anonymous accounts on Instagram because there’s such a stigma,” Mendoza said. “I wanted to inspire others with my account instead of being ashamed.”From exchanging advice to trading stories and information to cheering on one another when it’s a transfer day or an egg retrieval day, the network became very therapeutic, Mendoza said.”There’s so much waiting in the fertility world, with cycles and the fails. In between time you’re living and working and trying to go about your life, but you can be a little lonely too,” she said. “I found it to be therapeutic to be sharing your story and to be supporting other people. I feel better in that world than the other one sometimes.”Mendoza said she even received a care package from another woman on what was supposed to be her first embryo transfer day.

“I had never been so touched,” Mendoza said.Alona Williams, 45 and mom to a healthy baby girl, told GMA that the support of the global “TTC” or “Trying to Conceive” community was invaluable to her during an often “crushing” journey, which included three clinics, seven IVF cycles, two transfers and four miscarriages before the birth of her daughter.”If you have to be dealing with difficult life issues, there is no other group of women I’d rather go through the fire with,” Williams said, noting how many friends she’s made with others seeking treatment.Importantly, Mendoza said she used the collective knowledge of those in the community to get answers to her questions and learn about important tests, including one for the MTHFR gene mutation and an Endometrial Receptivity Analysis (ERA) test to see if the uterus is receptive for implantation. She believes that knowing about these tests helped her become an advocate for her own health.”I have both of those gene mutations and usually no one would have tested for that until I had one or two loses, so it’s out of protocol,” she said. “Without that community I never would have known about it … you’re learning so much. Everyone is just sharing so much information.”Williams also told GMA that becoming her own health specialist and taking charge of her path to getting pregnant was critical to her success.”I thought I could just put myself into the hands of a specialist and voila! — instant baby,” she said. “But instead I ended up doing copious amounts of my own research, as well as tapping into the research and resources of my friends in the TTC community.”Now as Mendoza pursues IVF, she wants to empower other women in similar situations and to find joy and hope in the journey.”I am in so much of a better place now, and I hope to inspire others,” she said.Last month, Mendoza planned a meet-up for women she met in the online community in Houston.”I want other women to know that everyone’s story is different,” she said. “Every couple is experiencing a different battle.”Finding a supportive communitySyrtash, while still in the thick of her journey to have a baby, launched a site called Pregnantish to help others dealing with pregnancy loss and infertility.Syrtash told GMA that the best thing you can say to someone struggling with infertility is, “I’m here for you, I’m so sorry,” and to just listen. Her biggest piece advice is to not give advice.Syrtash’s cousin Elana offered to be her surrogate. In December, her cousin gave birth to their new baby Arielle, her and her husband’s biological child.”I’m still so overjoyed, and so grateful,” Syrtash said. “And I’m not taking a second for granted.”Copyright © 2019, ABC Radio. All rights reserved.

Biden, under pressure on ‘court packing,’ says he would convene commission on reform
Experts call for climate change debate to move beyond settled science and focus on action
What’s the scariest movie of all time? Better check your heart rate
‘Yes, I’m nervous’: Mayor urges calm as outrage grows over police shooting of unarmed Black couple in Illinois
‘News of the World’ trailer shows Tom Hanks on an epic adventure
Women diagnosed with breast cancer amid COVID-19 stress importance of mammograms