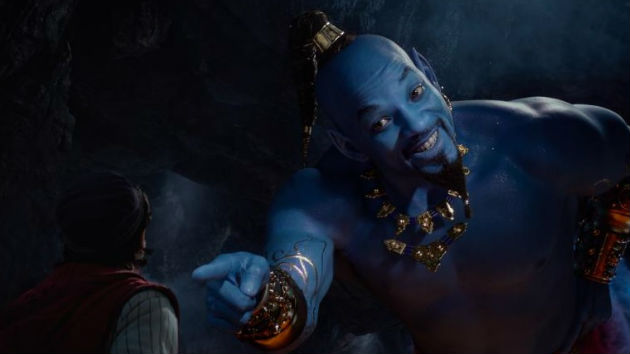 (LOS ANGELES) — Will Smith, who plays Genie in the upcoming Aladdin live-action film, has conjured up a new charity initiative benefiting Make-A-Wish.

The star has teamed up with Disney to show the world that “where there’s a wish, there’s a way” through the #FriendLikeMe challenge, named after Genie’s signature song.

In a 30-second spot, Will explains, “We all know the Genie is known for granting wishes…Disney is getting in on the wish-granting by donating up to million dollars to Make-A-Wish.”

Founded in 1980, Make-A-Wish grants critically ill children just about whatever it is their hearts desire, from meeting their favorite celebrities to dream trips and more.

In the spot, Will adds, “A wish can give a kid the strength they need to fight their critical illness.”

The Friend Like Me Challenge rules are simple: If you were Genie, and could grant someone three wishes, who would you share them with?

Tag a friend on Twitter and/or Instagram with #FriendLikeMe from now until May 24, and The Walt Disney Company will donate $5 to the charity, up to a million bucks.

Aladdin hits theaters nationwide May 24 from Disney, the parent company of ABC News.