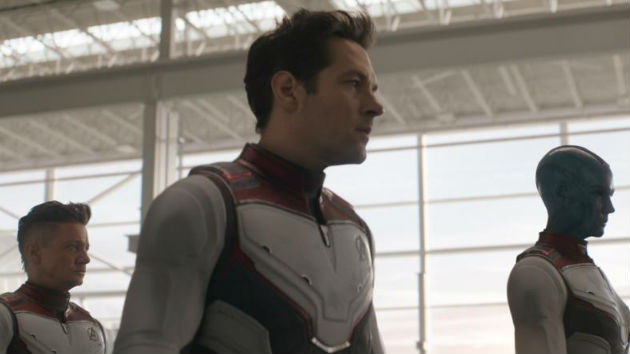 (LOS ANGELES) — By now, millions of people have already seen Avengers: Endgame, and they can confirm the movie runs just over three hours.

While many would attest it doesn’t feel like three hours long, there’s a chance your bladder might disagree — particularly if you make the mistake of getting a one of those movie theater-sized buckets of soda.

For the record, seriously don’t do that.

But if nature does call, are you out of luck? It depends when.

Marvel Studios President Kevin Feige insists there’s really no good time to go to bathroom during the film. There is, however, an app called RunPee that logs the best time in movies to duck out — but this movie’s stuffed to the gills, and you risk spoilers by using it.

So…if you have to — like really have to — you’ll have to wait an hour.

Without spoilers, at that point, there’s a scene in a diner. After seeing who’s around the table — which is a huge laugh — give it about a minute.

At that point, if you really, really must: run like the wind.

But make it quick.

After that point, you’re pretty much out of luck — unless you listen to Ant-Man himself, Paul Rudd. He recently told Jimmy Kimmel: “Get one of those giant tubs of popcorn, and then just lower it under the seat during the movie.”

Avengers: Endgame is now playing from Marvel Studios, which, like ABC News, is owned by Disney.