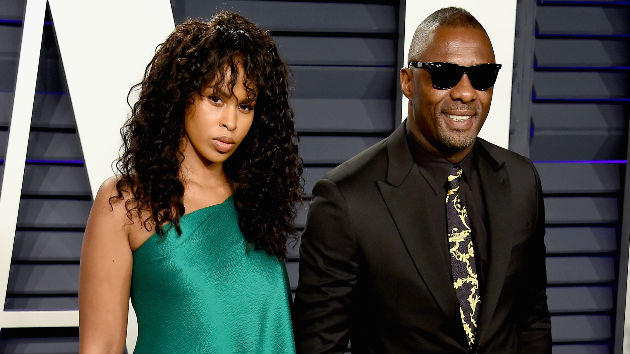 Photo by Gregg DeGuire/FilmMagic
Posted on April 29, 2019 by ABC News

(MOROCCO) — Idris Elba is officially off the market. Over the weekend, the hunky British actor tied the knot with his model girlfriend Sabrina Dhowre in a swanky Morroccan ceremony.

According to British Vogue, the two said their vows at the Ksar Char Bagh hotel in Marrakesh, a small luxury hotel with extensive gardens in the city’s palm grove.

The bride wore two custom gowns by Vera Wang, while Elba strutted in a classic black suit by Ozwald Boateng.

Their lavish wedding ceremony lasted over three days and included a themed dinner party the night before their wedding, plus an all-white party that followed celebrations over the weekend at the Mandarin Oriental.

On Sunday, Dhowre shared some photos of herself and Elba with a heartfelt message.

“The best day of my life, thank you to everyone who helped make it so special,” she wrote.

As previously reported, Elba first met Dhowre while working on the 2017 film The Mountain Between Us. Elba eventually popped the question in February 2018, following a screening of his directorial debut film, Yardie.

“It was a little spontaneous if I’m honest,” he said of his proposal to People. “I was at a cast and crew screening and among people I loved. We had all worked so hard for this project so I was like, ‘I’m doing it right now, here, today."”