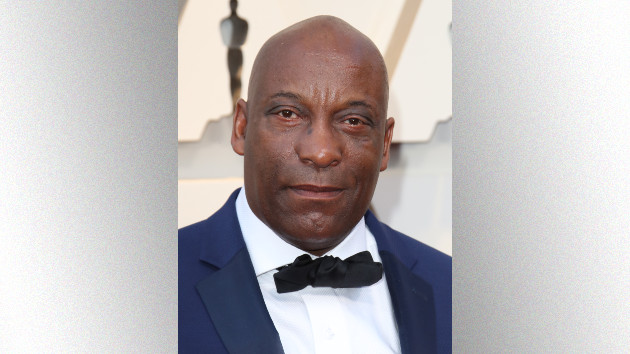 (LOS ANGELES) — Critically acclaimed director John Singleton has died at the age of 51 from complications following a stroke.  His family removed him from life support today, April 29.

The filmmaker had initially checked himself into a hospital after experiencing pain in his leg, which was triggered by a recent flight from Costa Rica.  He was then placed in a medically induced coma.

His family noted that Singleton suffered from hypertension, and that more than 40% of African-American men and women have high blood pressure. The family  asked that everyone visit Heart.org to recognize the symptoms.

In a statement, his family said that Singleton “passed away peacefully surrounded by family and friends.”  Details of a memorial service will be announced at a later time.

Born in South Central Los Angeles, California in 1968, John Daniel Singleton was best-known for his 1991 directorial debut, Boyz n the Hood, which examined urban and racial tensions through the eyes of three childhood friends growing up in South Central L.A. amid poverty and gang violence.

The coming-of-age drama, which received widespread critical acclaim, starred Cuba Gooding, Jr., Laurence Fishburne, and rapper-turned-actor Ice Cube. The film was later nominated for two Oscars — Best Director and Best Original Screenplay– which made Singleton the youngest filmmaker to receive nominations in those two categories. It also made him the first African-American to be nominated for best director.

After his initial film success, Singleton was tapped by pop icon Michael Jackson to direct the music video for “Remember the Time,” which he followed up with his next film,  Poetic Justice, starring Jackson’s sister, singer Janet Jackson.

Singleton’s other films included Higher Learning, a drama following the lives of three college freshmen; Rosewood, based on a true story of racial violence in Florida in the 1920s; a remake of the 1971 blaxploitation film Shaft; the action film 2 Fast 2 Furious; and Four Brothers, starring Mark Wahlberg and Tyrese Gibson.

Singleton also dabbled in television. He directed episodes of such shows as Empire, The People v. O.J. Simpson: American Crime Story, and Billions. More recently, he co-created the hit FX series Snowfall, about the crack epidemic in 1980s Los Angeles.

Singleton is survived by his mother, Sheila Ward, his father Danny Singleton, and his children Justice, Maasai, Hadar, Cleopatra, Selenesol, Isis and Seven.

Traveling over the holidays? Experts say take advantage of vouchers and lack of change fees
COVID-19 live updates: CDC director stands by decision to overrule panel on boosters
Police investigate ‘suspicious’ death of mother and child at Padres stadium in San Diego
‘Moulin Rouge! The Musical’ ﻿and ﻿’A Christmas Carol’ ﻿win big at 74th annual Tony Awards
‘Shang-Chi and the Legend of the Ten Rings’ dominates box office for fourth straight week
The push for electric vehicles may be killing sedans for good: Experts