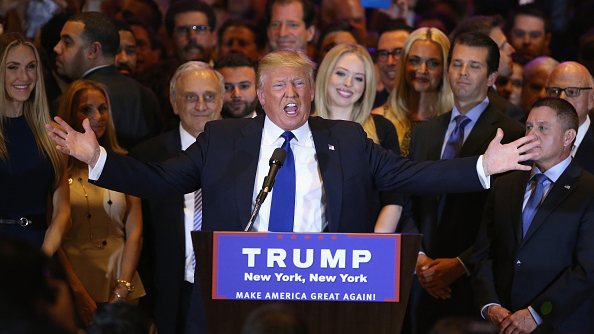 (WASHINGTON) — Since President Donald Trump took office in 2017, his re-election campaign has spent more than $8 million in legal fees, according to ABC News’ analysis of campaign finance records through last month, with record-breaking quarterly expenditures doled out in the last three months of special counsel Robert Mueller’s investigation into Russian meddling during the 2016 presidential campaign.Between January and March 2019 alone the Trump campaign spent nearly $1.7 million on legal expenses – more than $1.2 million of which went to former White House Counsel Donald McGahn’s firm, Jones Day, which has represented Trump and the Trump campaign since his first presidential campaign in 2015.Even after McGahn left for the White House gig in 2017, McGahn’s firm remained as the biggest recipient of the Trump campaign’s legal expenses, earning more than $5.6 million.Payments to Jones Day, however, are expected to drop moving forward as the Trump campaign recently hired a new in-house legal team for its 2020 reelection bid, as first reported by Politico and confirmed by ABC News.The Trump campaign has helped pay legal bills for a number of current and former Trump associates caught up in various investigations and lawsuits, including the president’s son Donald Trump Jr. and son-in-law Jared Kushner.For a time, the Trump campaign also paid portions of Michael Cohen’s legal fees, as ABC News has previously reported, before the relationship between the president and his former longtime personal attorney went south late last year, thus dissolving their joint defense agreement.Another notable legal expense went to Belkin Burden Wenig & Goldman which was paid $76,415 in the first three months of 2019. The firm was paid just $55,668 throughout 2018.Belkin Burden Wenig & Goldman is the same firm that represented the Trump Organization in In 2016, in the Trump University lawsuit, which resulted in the organization being ordered to pay a $25 million settlement to attendees of the now-defunct real estate seminar.The Trump campaign was not available for comment.To put the Trump campaign’s more than $8 million in legal expenditures into perspective, former President Barack Obama’s re-election campaign, over the same period of time, spent only about $2.7 million in legal fees, according to campaign finance reports.Former President George W. Bush’s re-campaign, for its part, spent only about $260,000 in legal fees in the first two years of his presidency, records show.It’s hard to compare how much in legal fees were paid by the re-election campaign of former President Bill Clinton, who was buried in various investigations during the course of his presidency, because of the changes in the way campaign expenditure are reported to the FEC as well as the timeline and the nature of the legal battles Clinton was involved in. But for a general comparison, Clinton told NBC’s Craig Melvin in June last year that he “left the White House $16 million in debt” because of attorney fees incurred by scandal investigations and the impeachment proceedings.In addition to the $8 million spent by the Trump campaign, other political sources have chipped in to share the campaign’s burden.The Republican National Committee, for example, has helped pay legal bills for various Trump’s associates, including at least about $200,000 for Trump Jr. and more than $589,000 for former White House Communications Director Hope Hicks.A separate legal defense fund, dubbed the Patriot Legal Expense Fund Trust, reported raising more than $853,000 from top Trump donors – including $500,000 from Las Vegas casino mogul Sheldon Adelson and his wife and $150,000 from New York waste management executive and Mar-a-Lago member Anthony Lomangino.The Patriot Legal Expense Fund Trust, which assists current and former campaign and administration volunteers and staffers caught up in the special counsel’s investigation –excluding Trump’s relatives– shelled out a total of about $457,000 in legal bills through December, according to disclosure reports.The identities of those supported by the fund remain under wraps.