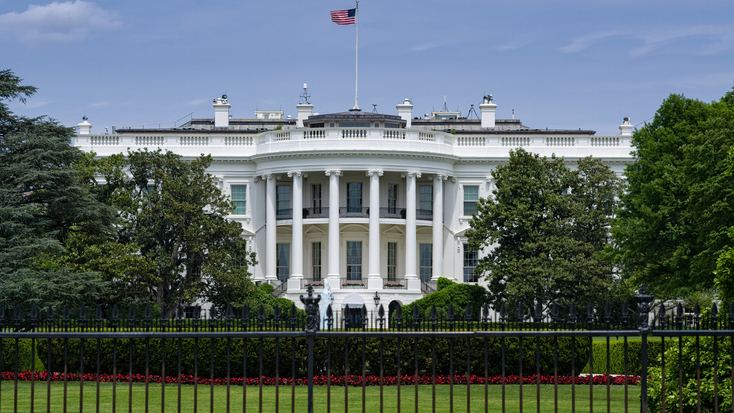 (WASHINGTON) — President Donald Trump signed an executive order late Wednesday officially making the U.S. military responsible for virtually all security background checks for millions of federal workers, the latest step by the administration to tackle a daunting backlog of security clearance cases.The order calls for the National Background Investigations Bureau, currently under the civilian Office of Personnel Management, to be absorbed by the Department of Defense under a reorganized, and renamed, Defense Counterintelligence and Security Agency.Though Congress mandated in the 2018 National Defense Authorization Act that a majority of the investigative bureau’s caseload be transferred to the Defense Department in phases, Wednesday’s order lifts the entire bureau — and the 95 percent of all federal background checks it processes — and places it all under military authority.A senior administration official told ABC News the bigger move would be more efficient and effective than “bifurcat[ing]” the background check system between two departments.In June 2018 the Trump administration identified the security clearance process as one of many targets for drastic government reform.“The Administration recognizes that background investigations are critical to enabling national security missions and ensuring public trust in the workforce across the Government,” a White House report said at the time.The report noted that the “background investigation inventory” – the cases to be processed – had risen to three-quarters of a million and that the average Top Secret background investigation takes four times as long as it should.In congressional testimony in March 2018 National Background Investigations Bureau Director Charles Phalen partially blamed much of the then-ballooning backlog on the 2014 cancellation of a federal contract that stripped the bureau of more than half its investigative force and “increased demand” by the bureau’s government customers.“This is an unsustainable way to do business,” the White House report said.The report argued the military is better positioned to handle the massive caseload and already conducts security clearance evaluations for several agencies.On Wednesday Phalen told a security conference the backlog has since been reduced by 32 percent, to just under 500,000 cases.“The numbers are still not where they need to be, but we’ve moved that needle significantly,” Phalen told a security conference, according to a Defense One report. “We’ve improved wait times 50 percent to 60 percent in many categories, but have some outliers that skew the average.”The large-scale transfer to the military is happening in the background of a security clearance controversy in the White House, where a whistleblower alleges more than two dozen officials, reportedly including Jared Kushner, received high-level clearances over the objections of career security specialists.