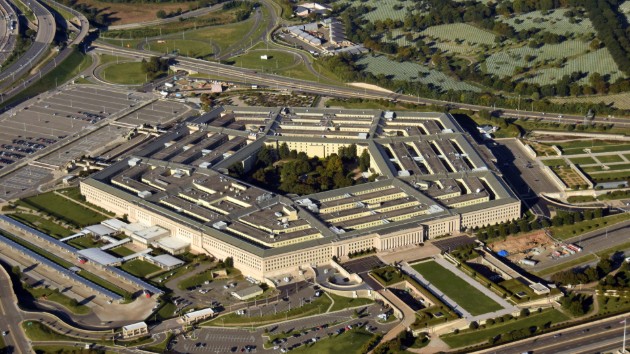 (WASHINGTON) — The Defense Department’s internal watchdog has cleared acting Defense Secretary Patrick Shanahan of favoring his former employer, Boeing, while serving at the Pentagon, according to a U.S. official. The Pentagon’s inspector general found that reports of ethics violations were not substantiated, the official said. The results clear the way for Shanahan for a possible nomination to the top Pentagon job.The inspector general opened the investigation last month after receiving a complaint that Shanahan “allegedly took actions to promote his former employer, Boeing, and disparage its competitors, allegedly in violation of ethics rules.” Shanahan worked for Boeing for 31 years, last serving as senior vice president of supply chain operations. When he transitioned to the Pentagon as then-Defense Secretary James Mattis’ deputy in 2017, Shanahan said he divested his financial interests related to Boeing and signed an ethics agreement barring him for participating in Boeing-related activities — as is typical for government officials transitioning from the private sector.He’s been serving in the “acting” capacity since Mattis departed the Department of Defense over policy differences related to the war against the Islamic State in Syria at the end of last year.At the time the inspector general announced its investigation, a Pentagon spokesperson said in a statement that Shanahan had “at all times remained committed to upholding his ethics agreement filed with the DOD.””This agreement ensures any matters pertaining to Boeing are handled by appropriate officials within the Pentagon to eliminate any perceived or actual conflict of interest issue(s) with Boeing,” the statement added. The complaint that launched the investigation was filed to the inspector general in March by the watchdog group Citizens for Responsibility and Ethics in Washington (CREW), which in its complaint cited news reports that Shanahan had privately promoted Boeing in discussions about government contracts, disparaging defense industry competitors like Lockheed Martin. Shanahan has been rumored as a top contender to replace Mattis as the next defense secretary. He would need to be formally nominated by President Donald Trump and confirmed by the Senate. Copyright © 2019, ABC Radio. All rights reserved.

Police, residents plead for ceasefire after South LA sees 59 shooting victims in 1st 2 weeks of 2021
Pastor says addressing resistance to Biden administration is part of the job
John Krasinski, Dan Levy, Regina King are the first ‘SNL’ hosts of 2021
Lawmakers outraged at images of National Guard sent from Capitol to parking garages
Austin makes history as first African American to lead Pentagon
‘Game of Thrones’ prequel, ‘Tales of Dunk and Egg’, in the works at HBO