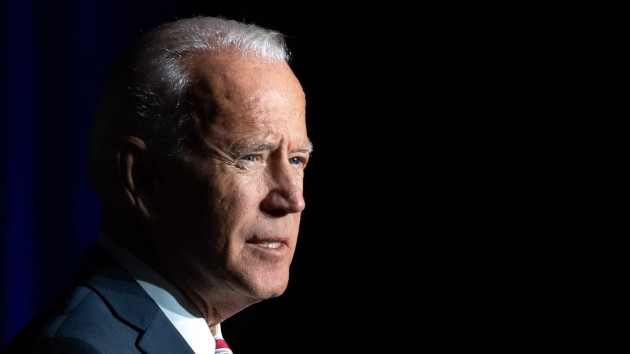 (NEW YORK) — In a video released Thursday morning, former Vice President Joe Biden formally announced he’s running for president in 2020 — ending months-long speculation about his intentions.Biden becomes the 20th Democrat to enter the 2020 race, and enters as a high-profile candidate, with decades of experience.He will hold his first event as a candidate in Pittsburgh on Monday.

The core values of this nation… our standing in the world… our very democracy…everything that has made America — America –is at stake. That’s why today I’m announcing my candidacy for President of the United States. #Joe2020 https://t.co/jzaQbyTEz3

He and his wife Dr. Jill Biden will also sit down with Robin Roberts, co-anchor of ABC’s Good Morning America, ahead of his Pittsburgh event. The interview will air on GMA Tuesday.Throughout the 2018 midterms, Biden cast the upcoming elections as a “battle for the soul of America.”In a field that boasts a number of vocal progressive candidates, Biden’s bipartisan approach may make it difficult for him to gain support with the liberal wing of the party.”Middle-Class Joe” isn’t backing away from his bipartisan roots.”Vice President Biden believes to his core that you can disagree politically on a lot and still work together on issues of common cause, especially issues as essential as the fight against cancer,” Biden spokesperson Bill Russo told ABC News earlier this year.One of the first challenges to Biden’s candidacy will be answering tough questions on allegations from some women who have said that the former vice president made them feel uncomfortable in past interactions by touching them without their permission.On Wednesday, his Democratic rival, Sen. Kirsten Gillibrand of New York, signaled that Biden “is going to have to directly answer to voters” on the allegations.This will be Biden’s third run for president. He previously ran in 1988 and 2008, before serving as vice president to Barack Obama.Biden was one of the youngest people ever elected to the Senate, when he won his race in 1972 at 29 years old. Copyright © 2019, ABC Radio. All rights reserved.