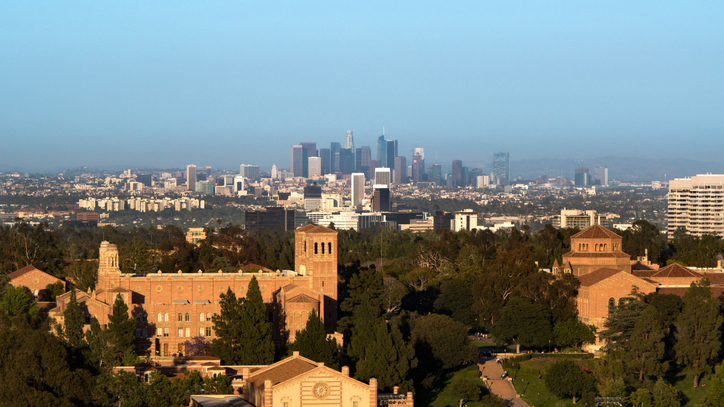 (LOS ANGELES) — Students and staff at two Los Angeles universities were under quarantine on Thursday amid fears that they may have been exposed to measles.More than 300 students, faculty and staff at UCLA and Cal State University, Los Angeles were under quarantine while health officials work to determine if they have been vaccinated, the universities said.University health officials said 198 staff and student employees at Cal State were ordered to stay home, avoid contact with others and notify to authorities if they develop measles symptoms, according to a statement from the university released Thursday.The university said those affected may have been exposed to measles at a campus library on April 11 and they were either unvaccinated or couldn’t immediately verify that they are immune.”The Department of Public Health has asked Cal State LA employees who were potentially exposed through their presence in Library North on the specified date and times to provide immunization records or be checked for immunity at the Student Health Center and not return to work until they receive clearance from Department of Public Health officials,” Cal State said in a statement. “The Department of Public Health has determined that there is no known current risk related to measles at the library at this time.”Separately, UCLA said it screened more than 500 students, faculty and staff who may have come into contact with a student who contracted measles. Of those people, 119 were initially placed under quarantine. On Thursday night, the university announced that 43 of those people established proof of immunity and were released.”We expect that those notified will be quarantined for approximately 24–48 hours until their proof of immunity is established. A few may need to remain in quarantine for up to seven days,” UCLA Chancellor Gene Block in a statement Wednesday. “A few may need to remain in quarantine for up to seven days. We have arranged for those who live on campus to be cared for at UCLA while they are quarantined.”Measles are highly contagious and can be transmitted through the air by coughing or sneezing.The quarantines came on the heals of a Centers of Disease Control and Prevention announcement that confirmed 695 reported cases of measles in the U.S, marking the highest level since the disease was domestically eradicated in 2000. California had reported 38 measles cases as of Thursday.CDC officials attributed the “high number of cases” to large outbreaks in Washington state and New York, which began late last year.The spike in cases stems, in part, from the spread of misinformation about vaccines online. Anti-vaccination activists have gained more traction on social media amid false claims linking vaccinations to autism.The measles vaccine, now administered along with immunization for mumps and rubella, is regarded by public health practitioners as safe and highly effective. The CDC recommends for all Americans above age 1 to get vaccinated.”I know there is concern about measles, particularly among the very small percentage of our community who have not been vaccinated,” UCLA Chancellor Block said. “Please be assured that we have the resources we need for prevention and treatment, and that we are working very closely with local public health officials on the matter.”

Anthony Mackie and Damson Idris explain why previous roles didn’t influence their ‘Outside the Wire’ characters
FBI discusses possibility of explosive devices at expected protests linked to inauguration
DC police officers speak out after US Capitol siege: ‘I thought … I might die’
Joanne Rogers, widow of Mister Rogers, dies at 92
NY passenger bus hangs off overpass in the Bronx after crash, at least 8 left injured
Last day to enroll in Pennie, state-based health coverage during open enrollment