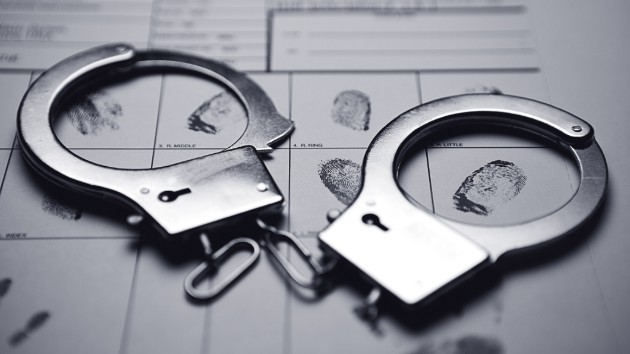 (NORTH KINGSTOWN, R.I.) — A 30-year-old man was arrested Wednesday for allegedly sending a series of graphically violent and threatening emails to a college professor who has advocated for abortion rights. Matthew Haviland of North Kingstown, Rhode Island, is accused of emailing the unnamed professor approximately 28 times over several hours on March 10, with several messages allegedly containing direct threats such as, “I will bite through your eyeballs while you’re still alive, and I will laugh while you scream,” according to the complaint.The professor — who works and resides in Massachusetts and is referred to as “Victim 1” — has spoken in favor of abortion rights and published “highly critical views” of President Donald Trump, according to the complaint.In an email to the professor, Haviland allegedly wrote, “You will be held accountable for every f—— baby you murdered through your horrible deception of they are not humans [sic],” according to the complaint. In another email, Haviland allegedly wrote he “will kill every Democrat” to stop abortions, according to the complaint. “This office will take a hard line on threats of violence motivated by politicized issues, regardless of whether those issues arise on the right or the left,” Andrew Lelling, U.S. Attorney for the District of Massachusetts, said in a statement Wednesday. “Americans are responsible for what they say, and if they put others in fear for their lives, we will prosecute.”Between March 15 and 16, Haviland allegedly sent approximately 11 similar emails to the admissions department of a professional school at the university where the professor teaches, according to the complaint, including one that suggested bombing the school.Additionally, between April 4 and 5, a women’s medical center in Rhode Island received approximately 114 voice messages from a male caller who “spoke of babies being murdered and drew comparison between Nazis and a doctor who worked” there, according to the complaint. During a phone interview with authorities, Haviland admitted he made those calls and apologized, saying he had no intent to harm, according to the complaint. Authorities say they also obtained copies of violent text messages regarding abortion Haviland allegedly sent an acquaintance.Haviland faces federal charges of cyberstalking and transmitting a threat in interstate commerce, which altogether carry a maximum sentence of five years in prison, three years of supervised release and a fine of up to $250,000. He appeared in federal court in Boston on Wednesday afternoon and is being held pending a detention and probable cause hearing scheduled for Monday, according to ABC Boston affiliate WCVB-TV.”Simply put, words matter, and today’s arrest of Matthew Haviland should serve as a warning to others who think they can use the internet to terrorize people. Don’t do it,” Joseph Bonavolonta, special agent in charge of the FBI Boston Division, said in a statement Wednesday. “Everyone has the right to express their opinion, but when you threaten, harass, intimidate, and put others in fear for their lives, it’s a federal crime,” he added.Copyright © 2019, ABC Radio. All rights reserved.