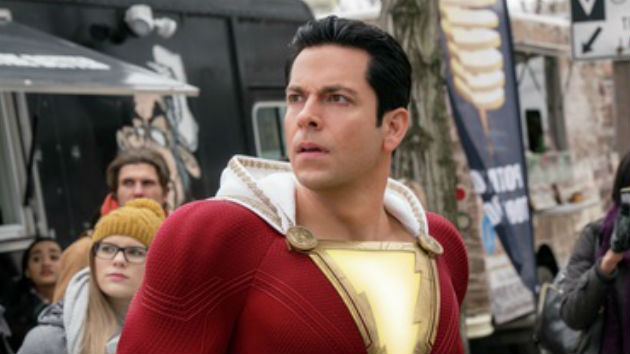 (LOS ANGELES) — On the heels of his box office hit, Shazam!, Zachary Levi has been tapped to host this year’s MTV Movie & TV Awards.

Categories and nominees will be announced in the coming weeks. The MTV Movie & TV Awards will be held June 17th in Santa Monica, California.

Clare Crawley breaks her silence on split from Dale Moss: “This was not what I expected or hoped for”
This 81-year-old TikTok influencer is all the fitness inspiration we need
Former ‘That ’70s Show’ star Danny Masterson pleads not guilty to rape charges
“This isn’t going to be quiet”: Daniel Kaluuya recalls when ‘Black Panther’ went from being a movie to a “moment”
New ‘This Is Us’ episodes delayed for two weeks due to COVID-19
Wealthy residents got disproportionate share of vaccines in this Texas county