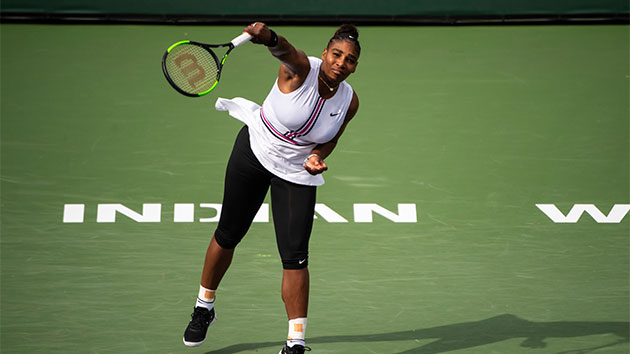 (NEW YORK) — The apple certainly doesn’t fall from the tree!

Tennis superstar Serena Williams posted this video of her daughter Olympia hitting the racquet closet not once, but four times!

“History in the making,” she wrote in the caption as little Olympia gave each racquet a smash test!

No matter what Olympia puts her young mind to, she will certainly have a wealth of coaches and supporters along the way to guide her.

If young Olympia does follow in her mother’s footsteps, she will be hitting the court in just a few short years. Williams was just 4 years old when she started playing tennis and was a professional by the age of 14.

ERCOT faces class-action lawsuit, resignations in wake of Texas power outages
Spring-like weather across much of US, possible heavy snow in Rockies and parts of West
Ghislaine Maxwell, associate of Jeffrey Epstein, requests release on bail for third time
FAA orders inspections of some Boeing 777 engines after United failure
Wreckage of TWA Flight 800 to be destroyed 25 years after crash
Pulse oximeters, used to fight COVID-19, may be inaccurate on people of color: FDA