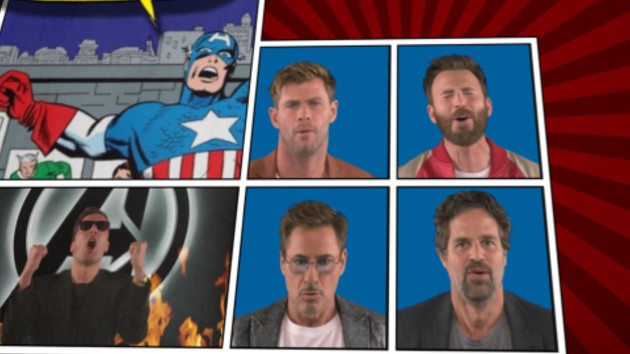 (NEW YORK) — Marvel’s Avengers: Endgame opens nationwide Friday, and to mark the occasion, Jimmy Fallon gathered the film’s cast on The Tonight Show to summarize the franchise’s entire 21-film catalog in a parody of Billy Joel’s “We Didn’t Start the Fire.”

The Tonight Show clip ended with a touching tribute to the man who really did start the fire many years ago — Marvel legend Stan Lee, who died at age 95 in November.

Last year, the cast of Avengers: Infinity War spoofed The Brady Bunch theme song with a parody called “The Marvel Bunch.” That video, which featured the cast in the familiar opening of the classic 1970s sitcom, has been viewed over 21 million times.