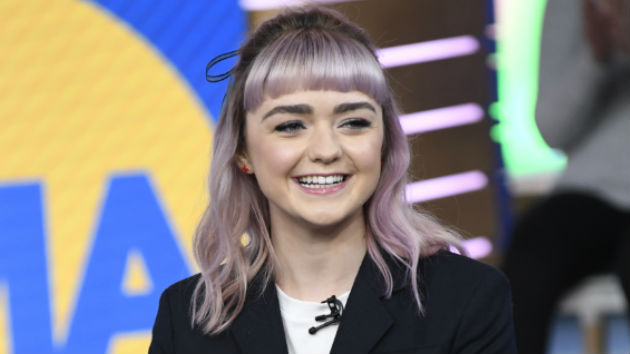 One of the most memorable scenes in last night’s Game of Thrones episode comes when Maisie Williams’ character Arya decides that before they all face certain death fighting the White Walkers, she wants to know what it’s like to…well, you know.

She enlists her longtime pal Gendry — the bastard son of the late king Robert Baratheon — to help her find out.  This results in her character’s first-ever sex scene, and the first time she ever showed skin on the show. But as Williams tells Entertainment Weekly, she was totally in control of just how much she revealed.

“I got to the read-through and I’m reading the scene and thought, ‘Oh, we’re actually going to do this. When do I shoot this? I need to go to the gym,"” the 22-year-old actress tells EW. “[The showrunners] were like: ‘You can show as much or as little as you want,’ so I kept myself pretty private.”

“I don’t think it’s important for Arya to flash. This beat isn’t really about that. And everybody else has already done it on the show, so…” she adds.

Williams also revealed that when she first read the script, she “thought it was a prank,” because the showrunners have sent the cast members fake scripts in the past.  She told them “Yo, good one” — but when they told her it wasn’t a prank, she thought, “Oh f***.”

As for whether or not the scene was necessary, Williams says, “It was really interesting because it’s a very human relationship for Arya. This is something she’s stayed away from, an emotion we’ve never really seen her engage with.”