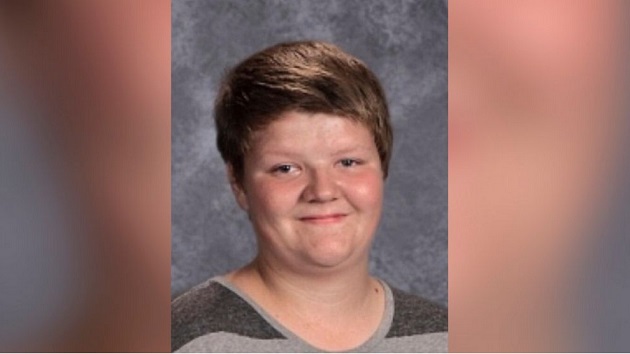 (CARROLLTON, Ohio) — The body of a missing boy from rural Ohio was found buried in a shallow grave on a farm Friday morning, bringing a sad end to a desperate search for the 14-year-old who disappeared on April 13.Jonathon Minard was found dead, buried in the grave on a farm in Washington Township just after 10 a.m., according to the Carroll County Sheriff’s Office. The body was found not far from where the boy went missing a week earlier in Carrollton, Ohio.An autopsy will be performed by the Cuyahoga County Medical Examiner, with results not expected for a few weeks.Authorities announced on Wednesday, two days before the discovery of the body, that they were questioning a person of interest in the case and said they were refusing to take a polygraph test. Carroll County Sheriff Dale Williams would not answer Friday whether the person was still in custody or still considered a person of interest.No one has been arrested in the teen’s death and the investigation is ongoing, the sheriff’s office said.”Jonathon’s discovery is just the first step in gathering evidence to answer many unanswered questions that we have that have led us to this moment,” Carroll County Prosecuting Attorney Steve Barnett told Cleveland ABC affiliate WEWS. “Investigations like this take time, and this case is no exception.”Minard had been doing work on a farm in New Harrisburg, Ohio, on Friday before being taken to a family friend’s home in Carrollton. He spent the night there, authorities said, before he complained of a toothache, was left alone at the residence and had disappeared when the family friend returned.The boy wasn’t reported missing until April 14, the sheriff said.Family and friends spent Tuesday combing the area, a rural region about an hour south of Akron, for signs of the missing boy, but nothing turned up.”I have met with the family and as you might imagine this is an unimaginable grief — epic levels that can’t be put into words,” Mandal Haas, the Carroll County coroner, said at a Friday press conference.Even prior to the discovery of the teen’s body, Minard’s aunt, Jo Hepner, said his parents were “devastated.””His mom is ready to have a breakdown, his dad is too and they feel helpless because they can’t do anything,” Hepner told WEWS.Authorities would provide few details at a press conference Friday, preferring to wait until after the investigation was complete.”The Carroll County Sheriff’s Office will continue to gather evidence until the investigation is complete,” it said in a statement. “We ask that the public and media respect the Minard family’s space and privacy at this time.”

Pelosi declines to say when she will send impeachment article to Senate
Self-described ‘QAnon shaman’ should remain in custody: DOJ
‘The Mandalorian’ becomes first streaming show to top Netflix numbers in streaming
Lisa Kudrow spills more details on ‘Friends’ reunion
‘WandaVision’ debuts today on Disney+
DC police officers speak out after US Capitol siege: ‘I thought … I might die’