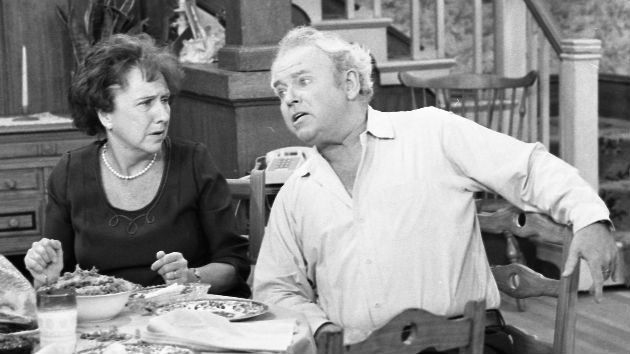 (LOS ANGELES) — Jimmy Kimmel and legendary TV show creator Norman Lear have tapped major Hollywood talent for upcoming live performances of classic episodes of All In The Family and its spin-off, The Jeffersons.

Live in Front of a Studio Audience: Norman Lear’s “All in the Family” and “The Jeffersons” will feature Woody Harrelson as Archie Bunker, Academy Award-winner Marisa Tomei as his wife Edith and The Unbreakable Kimmy Schmidt’s Ellie Kemper as their daughter, Gloria Stivik.

The two beloved sitcoms were anything but politically correct — in an era that predated the term — and managed to address hot-button issues like racism, divorce, interracial marriage, poverty, politics and even sexual assault.

“They have said over and over again that these two shows were meant for the ’70s and would not work today. We disagree with them and are here to prove, with two great casts depicting All in the Family and The Jeffersons, the timelessness of human nature,” Lear said in a statement.

“I cannot wait to see what these glorious performers make in our time of these indelible characters, and I couldn’t be more grateful for Jimmy Kimmel, Sony and ABC for their collective willingness to conceive and pursue this never-been-done-before event.”Kimmel added, “The fact that a group of Oscar winners eagerly agreed to play these iconic characters is a testament to the greatness of these shows and their creator, Norman Lear. To be a part of this is a dream come true for me and for everyone involved.”