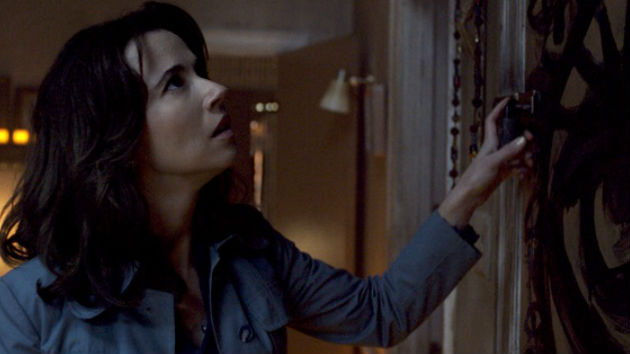 * The Curse of La Llorona — This supernatural horror film, set within the Conjuring universe, stars Linda Cardellini as a social worker who ignores the eerie warning of a troubled mother suspected of child endangerment and, along with her two children, incurs the wrath of the mythical female ghost La Llorona, who lost her children and brings misfortune to those nearby. Breaking Bad and Better Call Saul’s Raymond Cruz co-stars. Rated R.

* Fast Color — This sci-fi thriller stars A Wrinkle in Time’s Gugu Mbatha-Raw as a woman forced to go on the run when her superhuman abilities are discovered. With no place left to hide, she returns home to the family she abandoned years earlier. Hidden Figures and American Horror Story: Roanoke’s Saniyya Sidney and The Bourne Ultimatum and The Bourne Legacy’s David Strathairn also star. Rated PG-13.

* Under the Silver Lake — Andrew Garfield stars as a young man who investigates the sudden disappearance of his neighbor — played by Riley Keough — and uncovers a bizarre conspiracy. Also starring Topher Grace. Rated R.

* Little Woods — Tessa Thompson plays a reformed drug dealer forced to return to her former life as a means of holding on to her mother’s house and taking care of her sister — played by Lily James — who shows up at her doorstep with a hungry child and one on the way. Rated R.

* Red Joan — Judi Dench plays the titular character in this British spy drama based on the true story of Joan Stanley, who was exposed as the KGB’s longest-serving British spy. Rated R.

* Breakthrough — This Is Us star Chrissie Metz stars in this faith-based drama inspired by the true story of Joyce Smith, a mother who relies on faith after her young son — played by One Day at a Time’s Marcel Ruiz — experiences a tragic accident. Josh Lucas, Topher Grace, Mike Colter, Sam Trammel and Dennis Haysbert also star. Rated PG.

* Penguins — Disneynature’s “coming of age” story follows an Adélie penguin named Steve, who sets out to find his life partner and start a family in the icy Antarctic, while facing threats by everything from killer whales to leopard seals. Ed Helms narrates. Rated G.