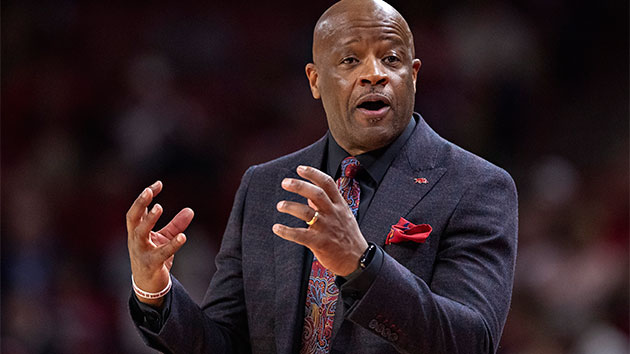 Anderson was fired last month after taking his team to the second round of the NIT.

During his eight season with Arkansas, Anderson led the team to five postseason appearances and won 169 games. His best season was in 2014-15 when he won a 27 games and finished second in the SEC regular season.

“My family and I are extremely excited to join the St. John’s University community,” said Anderson. “This basketball program is rooted with such great tradition and it has a history built by legendary coaches, so this is a humbling experience. I look forward to mentoring the young men who will represent St. John’s proudly on the court, in the classroom and in our community.

Anderson has a career record of 369-200 with Arkansas, Missouri and UAB. He has led teams to 12 postseason appearances in his 17 years of coaching, including 9 trips to the NCAA tournament.

Anderson is one of only four current Division 1 coaches with at least 15 years of experience who have never had a losing record. The other three are North Carolina’s Roy Williams, Michigan State’s Tom Izzo and Gonzaga’s Mark Few.

The former St. John’s great leave’s the school with a 59-73 record after four seasons in charge.

As a player, he led the team to the 1985 Final Four and finished as the school’s all-time leading scorer. Mullin