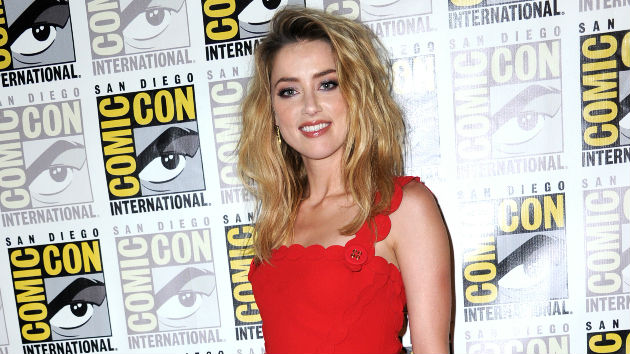 (LOS ANGELES) — Last month, Johnny Depp filed a $50 million lawsuit against his ex-wife, Amber Heard, claiming she made up abuse allegations that hurt his career.

However, a new suit against the actor’s former lawyer alleges that Depp tried to hurt Heard’s career, by trying to get her kicked off the global blockbuster Aquaman.

According to The Hollywood Reporter, Depp is suing his former attorney Jake Bloom, claiming Bloom gave the actor bad legal advice during his messy split with Heard. But Bloom isn’t going quietly, according to the publication, and reportedly wants to depose a host of people who could level damaging testimony against the Pirates of the Caribbean series star.

One of those is disgraced former Warner Bros. chairman Kevin Tsujihara — who recently left the studio amid a sex scandal. “Sources…say Tsujihara will be asked to testify under oath about whether or not he played a role in ‘blacklisting’ Heard at Warner Bros.,” according to THR.

At the time, Depp was working on the Warner Bros. Harry Potter spin-off Fantastic Beasts: The Crimes of Gridelwald.

The allegation states Depp wanted Heard “blacklisted” from the studio — even though she’d previously played her Aquaman character Mera in Justice League.

Some of the allegations Bloom makes actually seem to track with a Washington Post op-ed Heard wrote late in 2018, in which she made her claims of “domestic abuse.”  In the same op-ed, she wrote about about being sabotaged when it came to acting roles.

“A movie I was attached to recast my role. I had just shot a two-year campaign as the face of a global fashion brand, and the company dropped me,” she wrote.  “Questions arose as to whether I would be able to keep my role…in the movies Justice League and Aquaman.”