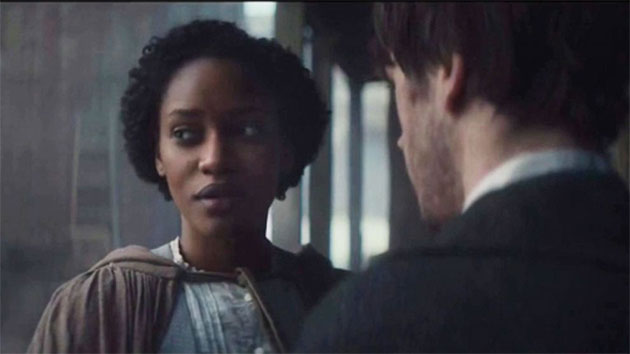 (NEW YORK) —  DNA testing service Ancestry is pulling an ad after an online backlash accusing it of whitewashing history and rape.The ad, which is called, “Inseparable,” shows an enslaved woman named Abigail running hand-in-hand with what would appear to be her white love interest.”Abigail,” the man says as he pulls her toward him and pulls out a ring. “We can escape to the North. There’s a place we can be together, across the border. Will you leave with me?”After the scene fades to black, text on the screen appears, saying: “Only you can keep the story going.” A voiceover then says, “Uncover the lost chapters of your family history with Ancestry.”A company spokesperson confirmed it was pulling the ad in an email to ABC News.”Ancestry is committed to telling important stories from history,” the spokesperson said. “This ad was intended to represent one of those stories. We very much appreciate the feedback we have received and apologize for any offense that the ad may have caused. We are in the process of pulling the ad from television and have removed it from YouTube.”Ancestry did not answer questions about how the ad was conceived and executed, or how many people reviewed it or would have had to sign off on it.Critics say the ad glosses over slavery, an era in which female slaves wouldn’t have been able to consent to sex with their owners.”What the hell is this @Ancestry? Why do white people insist on romanticizing my Black female ancestors experiences with white men during slavery?” tweeted Bishop Talbert Swan. “They were raped, abused, treated like animals, beaten, and murdered by white men. Stop with the revisions.”

What the hell is this @Ancestry? Why do white people insist on romanticizing my Black female ancestors experiences with white men during slavery?They were raped, abused, treated like animals, beaten, and murdered by white men. Stop with the revisions.pic.twitter.com/cDEWdkzJPm