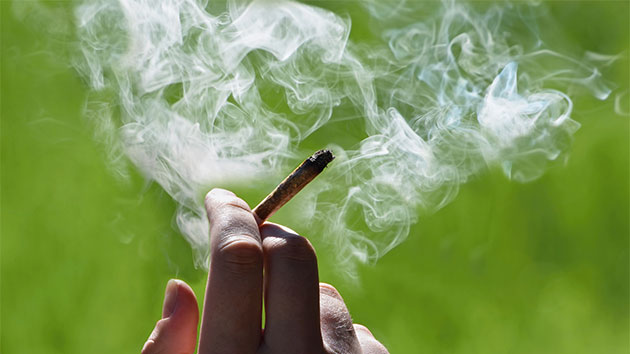 (NEW YORK) — The origins of the so-called pot holiday “420” are — fittingly — fuzzy.Some people will say that the holiday’s name traces back to a police code. Others, meanwhile, believe that something happened on April 20 many years ago. The near-universal consensus, however, is that “420” is a reference to the time of day.Weed lore dictates that in the early 1970s, a group of teens attending San Rafael High School, about 19 miles north of San Francisco, would as a code word of sorts to indicate a smoke session after school.The group of teens, who reportedly dubbed themselves “the Waldos,” would whisper “420 Louis” to one another in the halls as a way to spread word that they’d be meeting at 4:20 p.m. near the school’s statue of Louis Pasteur.”Back then, we spent every day of our lives worrying about getting busted. Going to buy was a really secret thing,” Waldo member Steve Capper told The San Francisco Chronicle.While it started as something of an inside joke, “420” has stuck. It is still used to this day as a code among people who are marijuana friendly.Dan Skye, a longtime editor at High Times magazine, told ABC News in 2011 that while the number’s relationship to marijuana began in San Rafael, it’s gone well past that.”It’s basically just a celebration of cannabis. It’s mushroomed into our unofficial national holiday,” Skye said at the time.

Now that marijuana has been legalized in a number of states and decriminalized in many others, the secretive — and sometimes paranoid — allure of a huddled smoke may be fading. According to a 2018 Gallup poll, 66% of Americans now support marijuana legalization, an increase from 60% in 2016 and 31% in 2000.