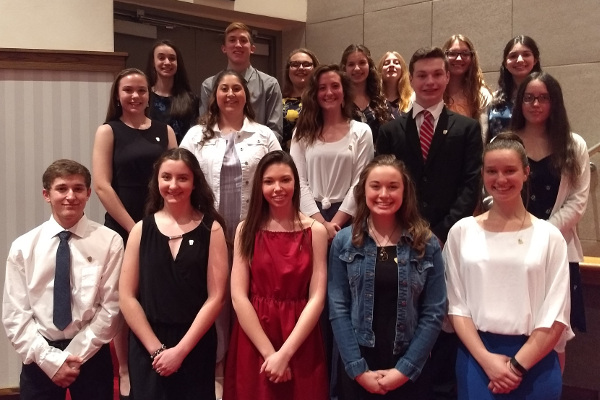 Brockway’s NHS has been around since 1985.  NHS chooses students based on four characteristics: character, scholarship, leadership, and service.  Students have to have an A average to be considered for NHS, and of those eligible, a committee of teachers chooses those who best exemplify the core characteristics.  The students write an essay to explain their leadership, character, and service to the committee.

NHS Faculty Advisor Tim Chelednik took a moment to thank the seniors and other NHS members for the SIDS Awareness Walk they organized in Brockway.  The walk raised over $3000 to donate to Penn Highlands Hospital.

NHS President Austin Bullers explained that being a part of organizations like NHS is good for students. 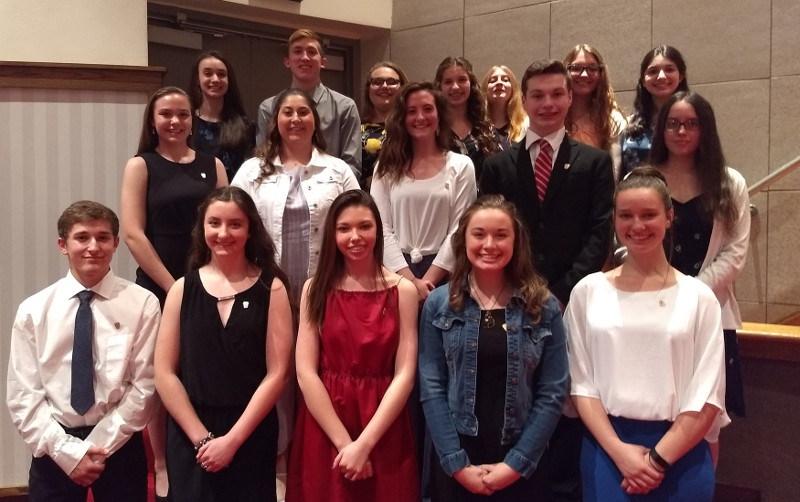