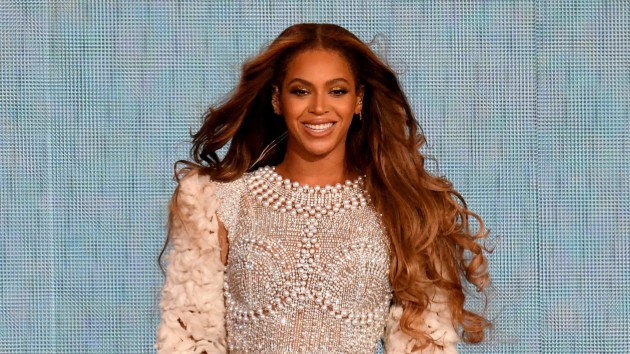 (NEW YORK) — Along with footage of rehearsals, intimate family moments and reflections on her 2018 monumental Coachella performance, Beyoncé opened up about a very personal aspect of her health in her new documentary.The 23-time Grammy winner and mother of three shared in the Netflix documentary Homecoming that she had an “extremely difficult” pregnancy with twins Rumi and Sir in 2017, suffering from preeclampsia among other conditions.Preeclampsia, also known as toxemia, is a rare pregnancy complication “characterized by high blood pressure and signs of damage to another organ system, most often the liver and kidneys,” according to the Mayo Clinic.Beyoncé said she got pregnant “unexpectedly” and added, “My body went through more than I knew it could.””I was 218 pounds the day I gave birth,” she shared. “I had high blood pressure. I developed toxemia, preeclampsia, and in the womb, one of my babies’ heartbeats paused a few times, so I had to get an emergency C-section.”Some symptoms of preeclampsia include high blood pressure, swelling or weight gain, headaches and protein in urine. The condition affects 5 to 8 percent of all births in the United States, according to the Preeclampsia Foundation.The foundation says 76,000 maternal and 500,000 infant deaths are estimated to be caused by the condition.

The Centers for Disease Control and Prevention also reports that African-American women have a three to four times higher risk of pregnancy-related death than white women.Beyoncé previously spoke about her pregnancy complications in Vogue in August 2018.”I was in survival mode and did not grasp it all until months later. Today I have a connection to any parent who has been through such an experience,” she said.She also expanded on how her c-section changed her.

“My core felt different. It had been major surgery. … I needed time to heal, to recover,” she told the outlet. “During my recovery, I gave myself self-love and self-care, and I embraced being curvier,” she added. “I accepted what my body wanted to be.”Homecoming features footage of Beyoncé in her first rehearsal post-pregnancy, as she speaks about the challenges of getting back into it after undergoing a difficult pregnancy.”It’s my first time back home on the stage after giving birth. I’m creating my own homecoming, and it’s hard,” she said. “There were days that I thought I’d never be the same, I’d never be the same physically, my strength and endurance would never be the same.”Copyright © 2019, ABC Radio. All rights reserved.

Viola Davis discusses the challenge of becoming ‘Ma Rainey’ and the gift of working with Chadwick Boseman
Dwayne Johnson helps ring in fan’s 101st birthday with tequila and a song
Florida begins in-person voting with over two million votes already cast by mail
What to know about poll watchers in the 2020 election
FDA’s warning to pregnant women: Pain medication in 2nd half of pregnancy could lead to complications
Kristen Bell reveals the one thing that got her through quarantining with her family