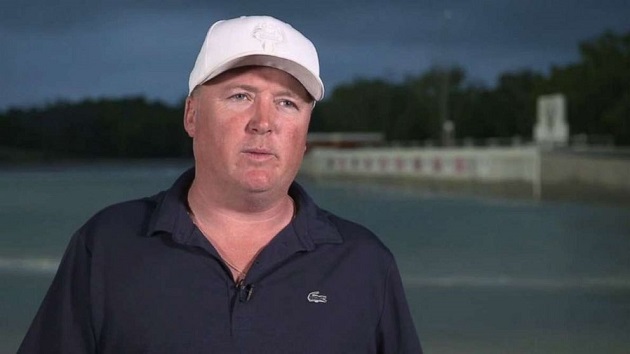 (WACO, Texas) — The mother and father of a New Jersey man who died of a rare brain-eating amoeba after visiting a Texas water park have filed a wrongful death lawsuit, according to court documents obtained by ABC News.Fabrizio Stabile, 29, died from a brain infection on Sept. 21, less than two weeks after he was exposed to the rare but deadly Naegleria fowleri amoeba while surfing at BSR Surf Resort in Waco, Texas. People can contract the amoeba from contaminated water entering the body through the nose.Testing conducted at the water sports facility by the U.S. Centers for Disease Control and Prevention found evidence of Naegleria fowleri in BSR Cable Park’s natural body of water, according to the Waco-McLennan County Public Health District. Although the amoeba wasn’t detected at the venue’s Surf Resort, Lazy River and Royal Flush, the water at those three man-made attractions was cloudy, contained organisms indicating the presence of feces, had low chlorine levels and, when the water warms, would create conditions favorable to Naegleria fowleri growth.The man’s parents, Rita and Vincenzo Stabile, sued the water sports facility last week, claiming their son’s death could have been prevented had the park “exercised ordinary care” to keep the water quality safe.”BSR’s blue-green dyed waves masked a pathogen soup in which Naegleria fowleri amoeba — the ‘brain-eating amoeba’ — could thrive,” the lawsuit states. “Rita and Vincenzo Stabile have suffered severe mental anguish, grief and sorrow as a result of the death of their only son Fabrizio Stabile and are likely to continue to suffer for a long time in the future.”The family is seeking more than $1 million in monetary relief and demanding a trial by jury, according to the lawsuit.Stuart Parsons, owner of BSR Cable Park and Surf Resort, said a new water filtration system has since been installed and he now feels “very comfortable” with the water conditions at his facility.”When we find out that, you know, there was a chance that he could have got the, you know, the amoeba in our water, it really, you know, it shocked us,” Parsons told ABC News in an interview airing Thursday on Good Morning America.”It’s something that can happen anywhere,” he continued. “I just wanted to make sure that we were, you know, that we were covered.”Parsons reiterated that the testing didn’t find evidence of Naegleria fowleri in the water where the man was surfing, but he said the tragic incident has made him aware of the issue.”Nobody should have to bury their children,” he told ABC News. “My heart goes out to Fab’s family.”