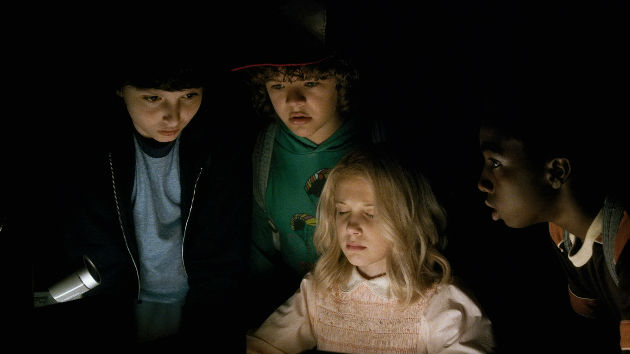 (LOS ANGELES) — Lawsuits leveled at popular TV shows or movies claiming they were ripped off from somebody else’s idea spring up all the time in Hollywood, and are generally dismissed just as quickly.  However, a lawsuit against Matt and Ross Duffer, the creators of Netflix’s Stranger Things, is actually headed to trial, Billboard reports.

The plaintiff, Charlie Kessler, claims he was chatting with the Duffers, who were then unknown, at a Tribeca Film Festival party back in 2014. Kessler alleges he told them about a script he was working on called The Montauk Project, about the paranormal goings on at a former military base.  Kessler claims the brothers ripped off his ideas to create their own paranormal hit.

While Netflix’s legal eagles call the lawsuit “without merit,” according to Billboard, a judge in Los Angeles on Wednesday denied a summary judgment that would have put the matter to bed for the brothers.

According to Billboard, Michael Kernan, attorney for Kessler, has issued a statement saying, in part, “We can now dispense with the nonsense promoted by the Duffers and Netflix that this lawsuit has no merit, and that they had ‘proof’ that they created the show. If the lawsuit had no merit, or if they actually had the ‘proof’ they created it, then their summary judgment would have won. They lost.” Furthermore, Kessler’s attorney is claiming Kessler had an “implied contract” with the brothers — something they denied — and should get a third of whatever they earned from writing and producing the series.

If the case goes to trial — as opposed to being settled out of court — the proceedings are expected to start next month.